Relations improving with the Maldives

Equations changing in the neighbourhood

Mains level: Implications of changes in US foreign policy on India

US exit from Syria

With inputs from the article: As US retrenches

1986 Act: All goods and services for consideration, while free and personal services are excluded

2018 Bill: All goods and services, including telecom and housing construction, and all modes of transactions (online, teleshopping, etc.) for consideration. Free and personal services are excluded.

2018 Bill: The new Bill adds three types of practices to the list, namely: (i) failure to issue a bill or receipt; (ii) refusal to accept a good returned within 30 days; and (iii) disclosure of personal information given in confidence, unless required by law or in public interest.

2018 Bill: Claim for product liability can be made against manufacturer, service provider, and seller. Compensation can be obtained by proving one of the several specified conditions in the Bill.

2018 Bill: Defined as contracts that cause significant change in consumer rights. Lists six contract terms which may be held as unfair.

1986 Act: CPCs promote and protect the rights of consumers. They are established at the district, state, and national level.

2018 Bill: Establishes the Central Consumer Protection Authority (CCPA) to promote, protect, and enforce the rights of consumers as a class.

State:  Headed by a current or former High Court Judge and at least two members.

National:  Headed by a current or former Supreme Court Judge and at least four members.

District:  Headed by a president and at least two members.

State:  Headed by a president and at least four members.

National:  Headed by a president and at least four members.

1986 Act: Selection Committee (comprising a judicial member and other officials) will recommend members on the Commissions.

2018 Bill: No provision for Selection Committee.  Central government will appoint through notification.

2018 Bill: Mediation cells will be attached to the District, State, and National Commissions.

1986 Act: If a person does not comply with orders of the Commissions, he may face imprisonment between one month and three years or fine between Rs 2,000 to Rs 10,000, or both.

2018 Bill: If a person does not comply with orders of the Commissions, he may face imprisonment up to three years, or a fine not less than Rs 25,000 extendable to Rs one lakh, or both. 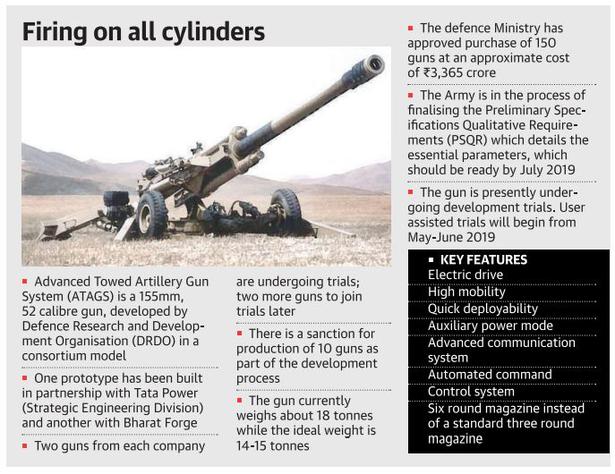 Mains level: Army’s need for new types of equipment and their development in India

Details of the Order 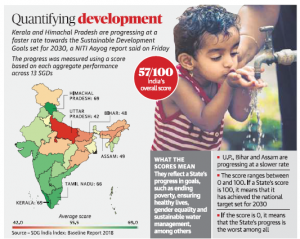 Utility of the Index

Classification Criteria based on Score:

Prelims level: NABCB and other accreditation bodies mentioned in the newscard

National Accreditation Board for Certification Bodies