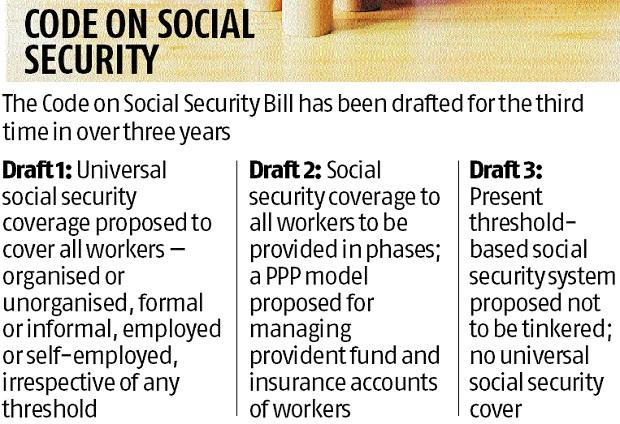 Here are the five key things in the draft code:

2) Corporatization of EPFO and ESIC:

5) Existing labour laws that the code will merge: