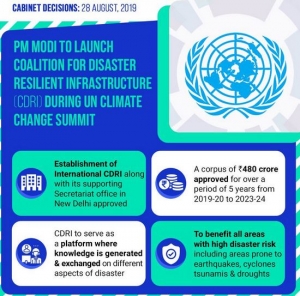 Moving away with basic infrastructure

I. CDRI and Belt Road Initiative