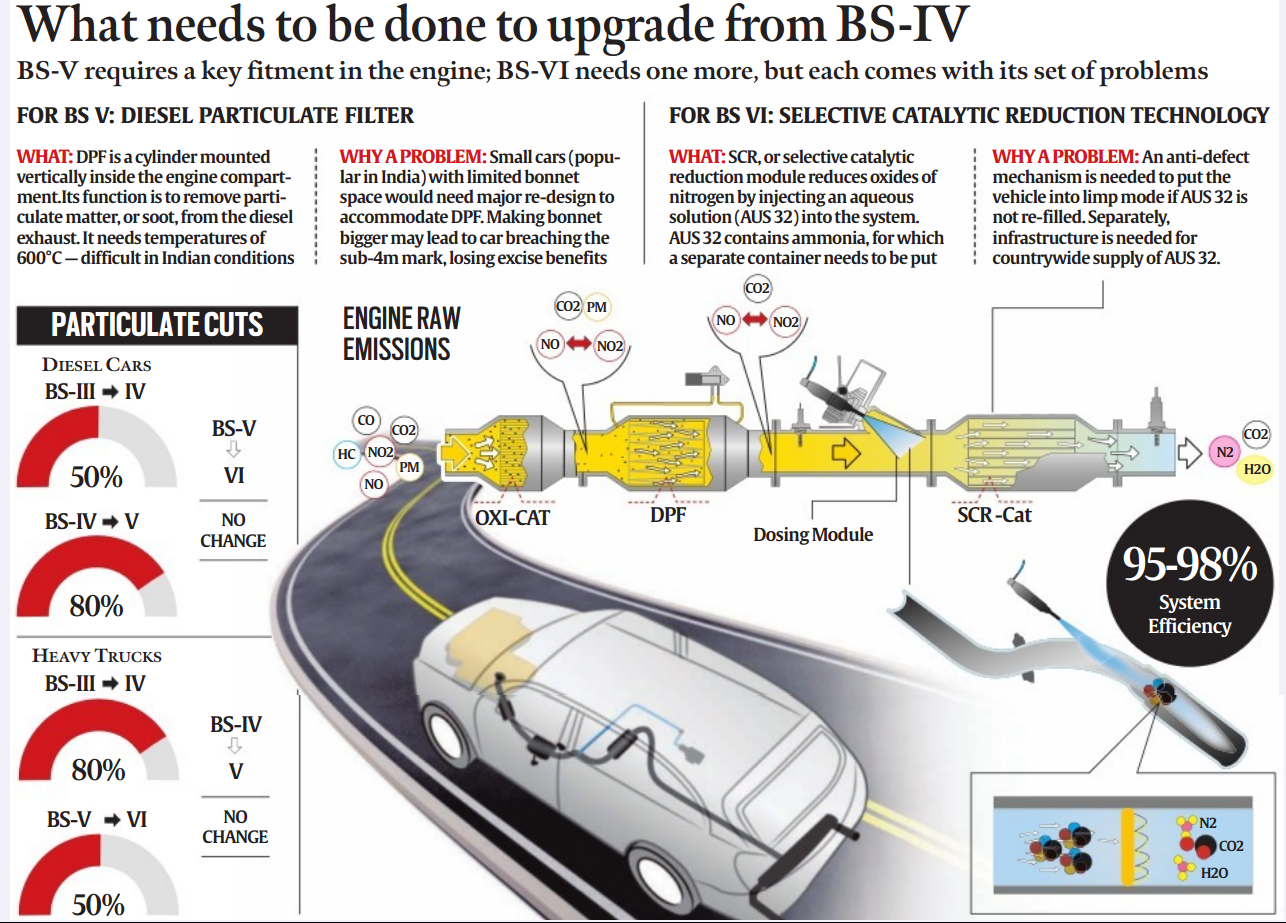 Mains level:  This news card talks about the announcement by Ministry of Petroleum and natural gas to advance the introduction of BS VI fuels by April 2018 in NCR. Also lists out the issues involved in the advance implementation and whether feasible for the automobile industry or not

Industry not in a position to implement BS VI

Announcements by Ministry of Petroleum and Natural Gas