Mains level : Section 144 : Circumstances of its use and abuse 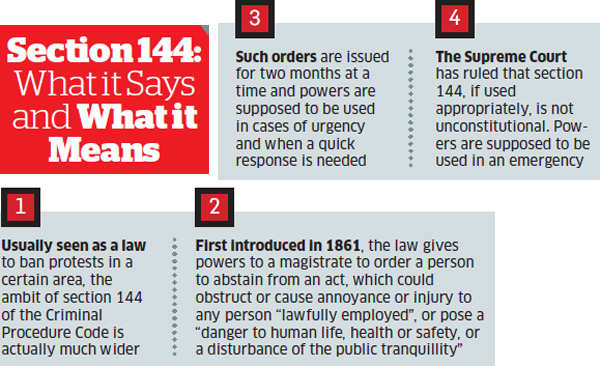 Various state governments have sought to ease down on the anti CAA demonstrations by issuing prohibitory orders under Section 144 of the Code Of Criminal Procedure (CrPC), 1973.  The entire state of Uttar Pradesh is under this provision since few days.

What powers does the administration have under the provision?

Why is the use of power under Section 144 criticised so often?

How have courts ruled on Section 144?

Does Section 144 provide for communications blockades too?