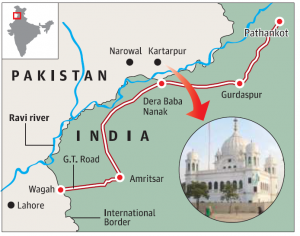 Inception of the Proposed Corridor