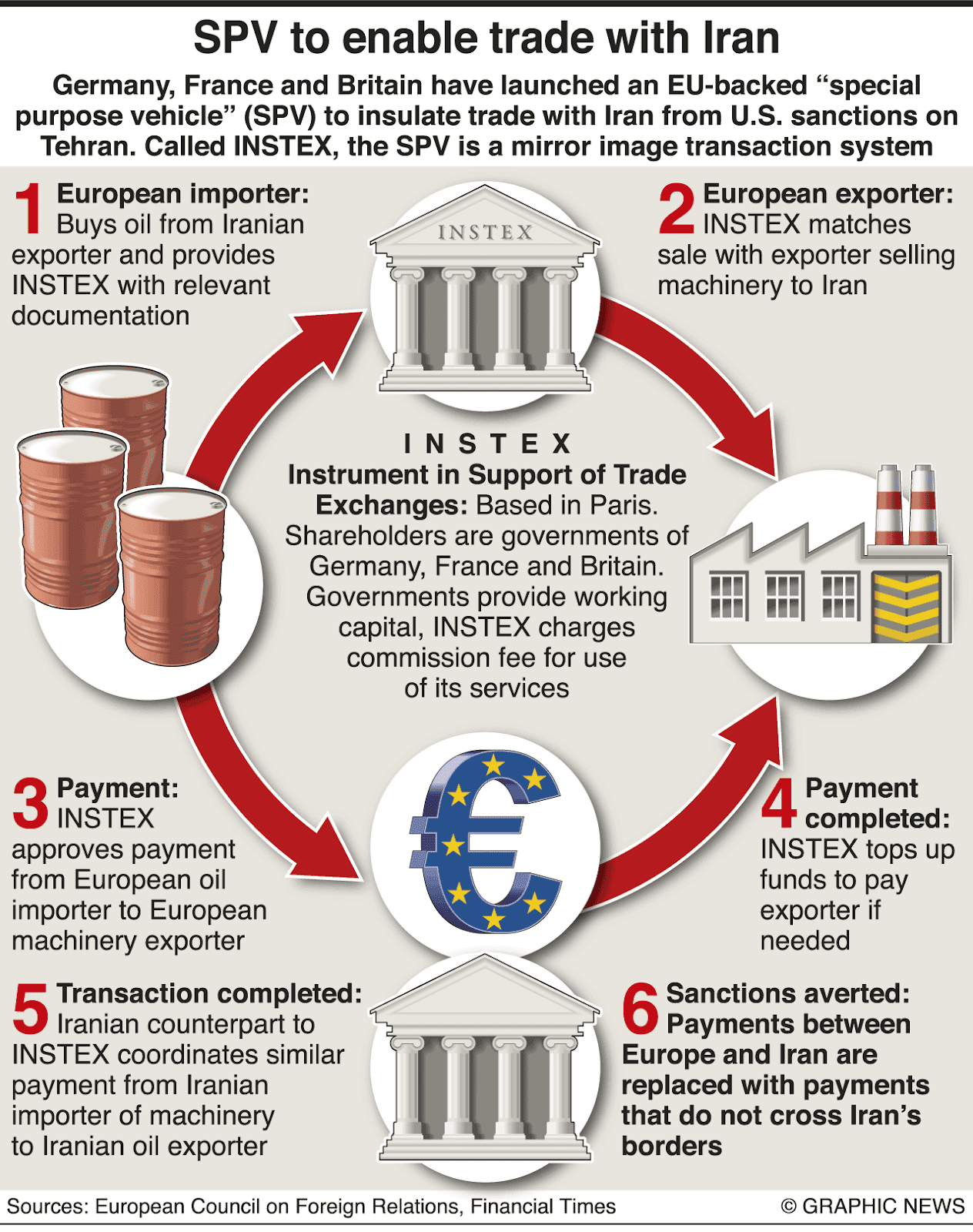 Six new European countries have joined the INSTEX barter mechanism, which is designed to circumvent U.S. sanctions against trade with Iran by avoiding use of the dollar.