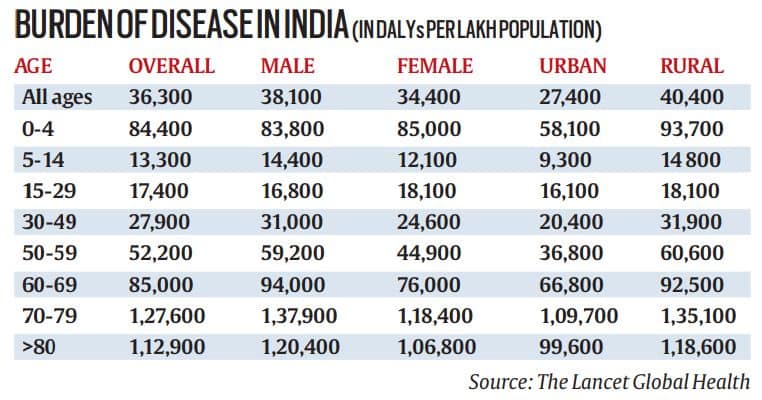 An analysis published in The Lancet Global Health, which looked at about 9.7 million deaths in India in 2017, found that every condition that was common in one part of India was uncommon elsewhere.

Deaths due to various reasons