Mains level: PM-KISAN and its mandate and benefits arising from it.

In the last week of February, the government launched a scheme to pay Rs 6,000 every year to poor rural households who own less than 2 hectares of land.

Analysis of rural income and the impact of cash transfer 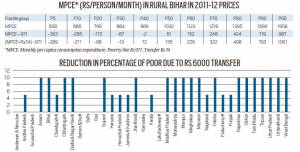