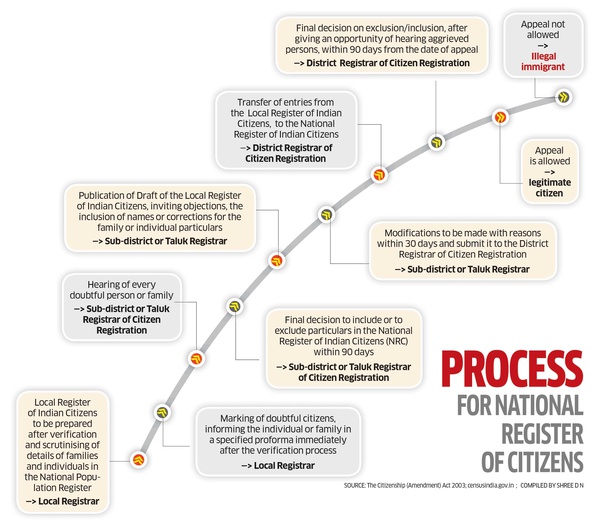 The Union Cabinet announced that the National Population Register (NPR) would be updated across the country, barring Assam, at an expense of over ₹3,941.35 crores.

Problem with the actions