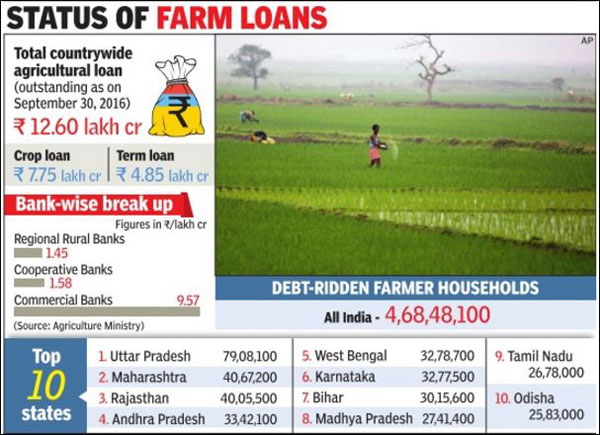 Increase in institutional credit to farmers

Farm waiver scheme may slow down this pace

What more needs to be done?

Report of the Committee on Doubling of Farmers’ Income