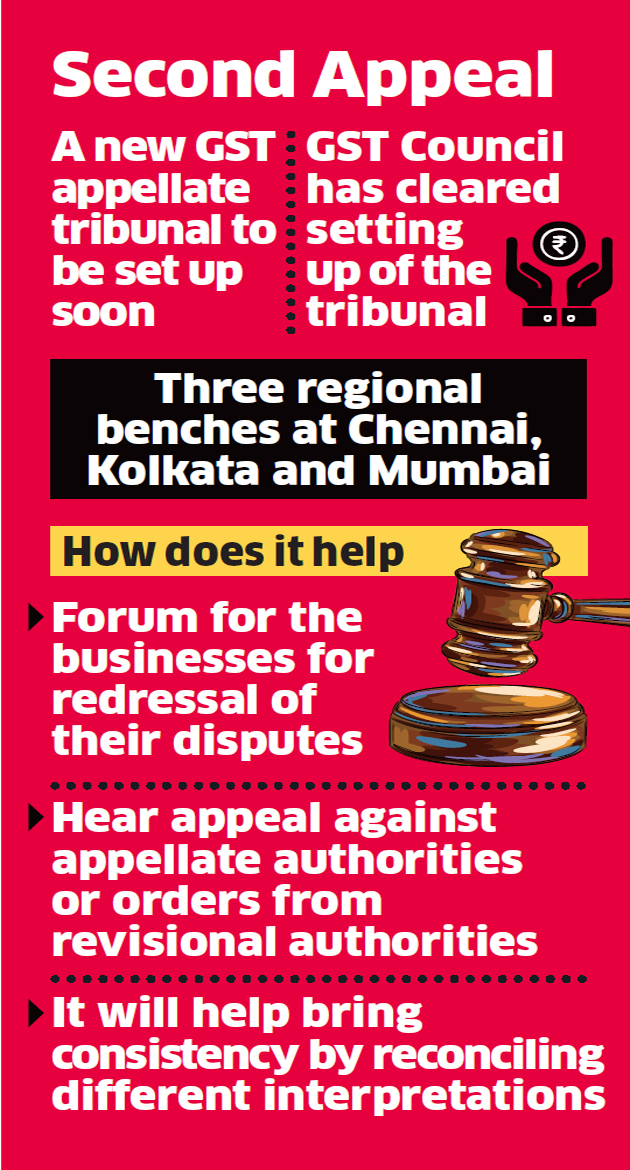 Mains level: Functions and Terms of reference of the GST appellate tribunal