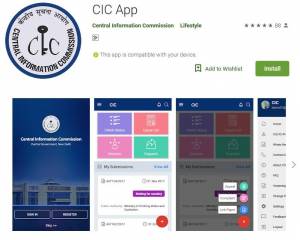 Prelims level: Chief Information Commissioner and Particulars of the App

The Central Information Commission (CIC) has launched a newly updated version of a mobile app in Hindi also, – “CIC App”, which is available in Google Play Store and Apple store with the following features: