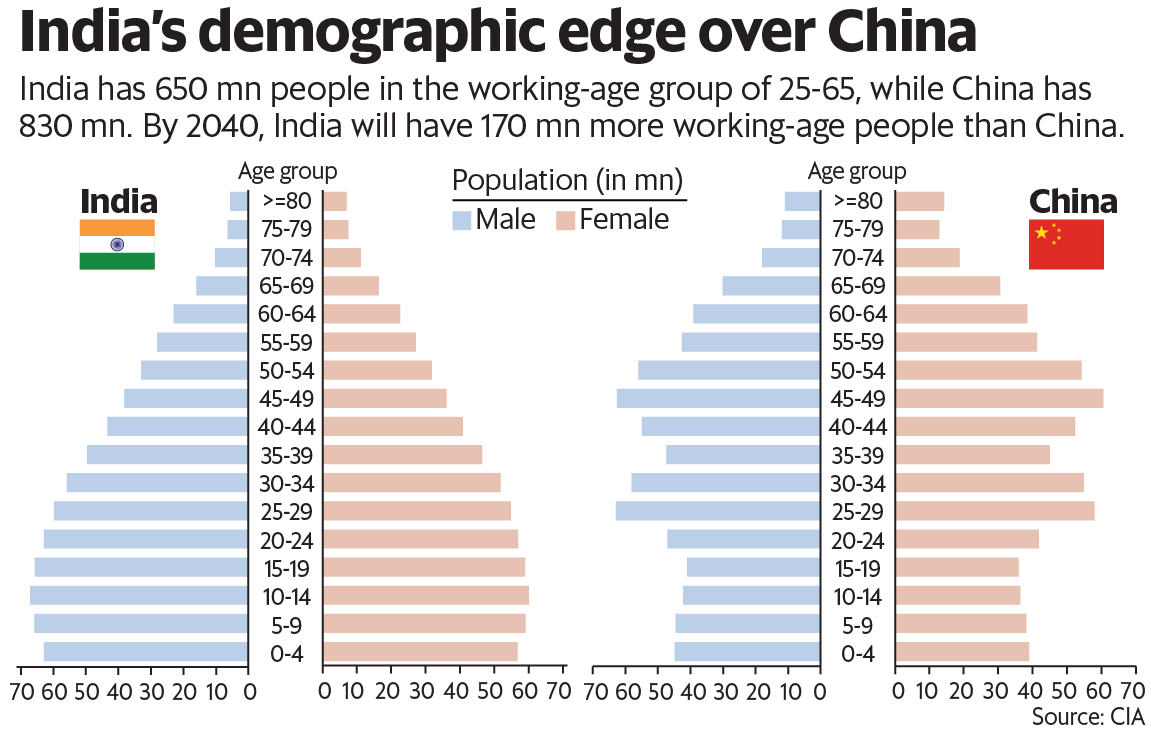 What do they say about demographics?

What does this have to do with economic growth?