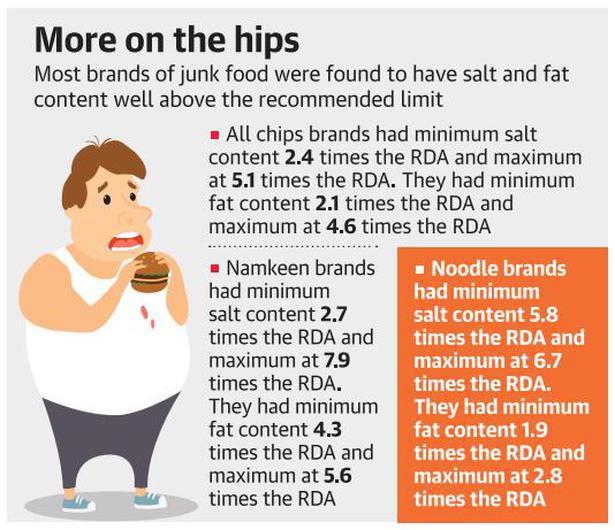 An array of packaged snacks and fast foods breach safe limits of salt and fat content, says a laboratory analysis by the Centre for Science and Environment.