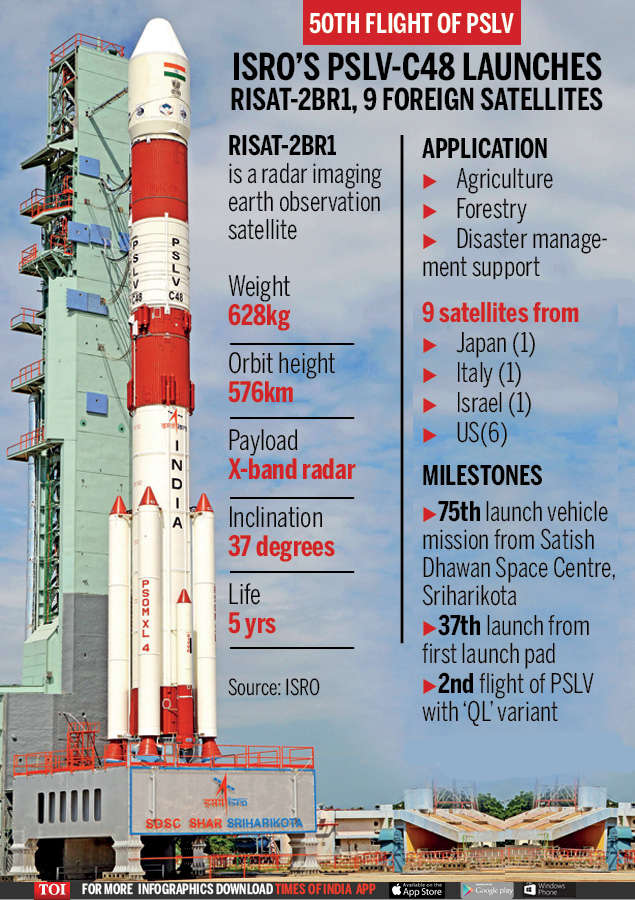 This launch has marked a significant milestone for ISRO as it is the 50th flight of the PSLV and also the 75th vehicle mission from Sriharikota.