Mains level : Significance of the tunnel 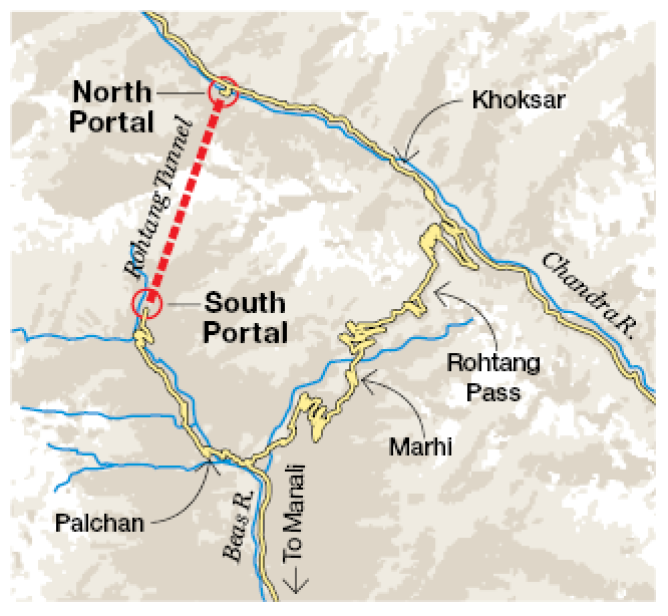 The Rohtang Tunnel will become the world’s longest highway tunnel above 10,000 feet, after its inauguration in Sept 2020.