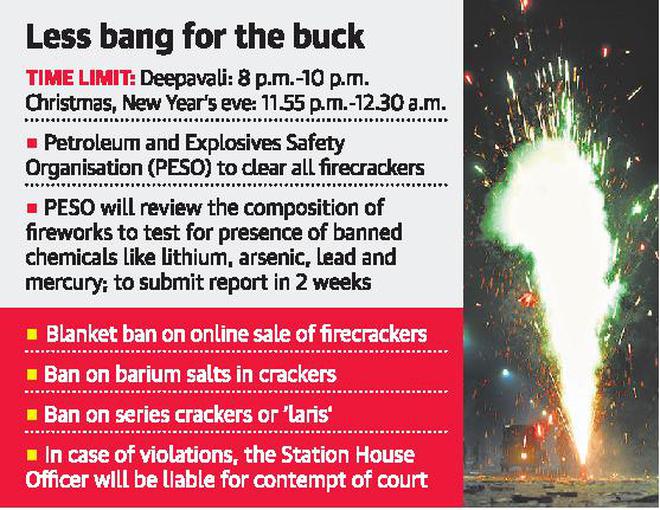 Mains level: Particulars of the Judgmen

Highlights of the Judgment

Green Crackers at the Manufacturers rescue