Mains level : Significance of the Bill 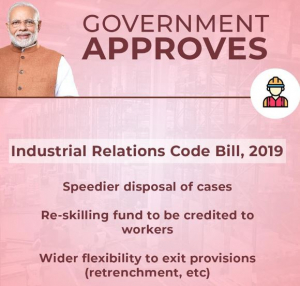 The Union Cabinet has approved The Industrial Relations Code Bill, 2019.

Importance of the Bill

Changes in the Bill

Criticisms of the bill