There are no two opinions about vehicular emissions contributing a major part in the growing air pollution and its debilitating effects on the changing climate. The fact that India has been a playing a proactive role in global efforts of combating climate change, the recent initiative of improving Bharat Stage Emission standards is a step in the positive direction towards air pollution control. However, the ambitious target of transitioning from BS IV to BS VI also comes with its own challenges. Undoubtedly, this makes it a hot topic for 2017 CSE Mains in the context of environment pollution and India’s commitments towards the same.

What are Bharat Stage Emissions Standards?

Background of Emission standards in India: 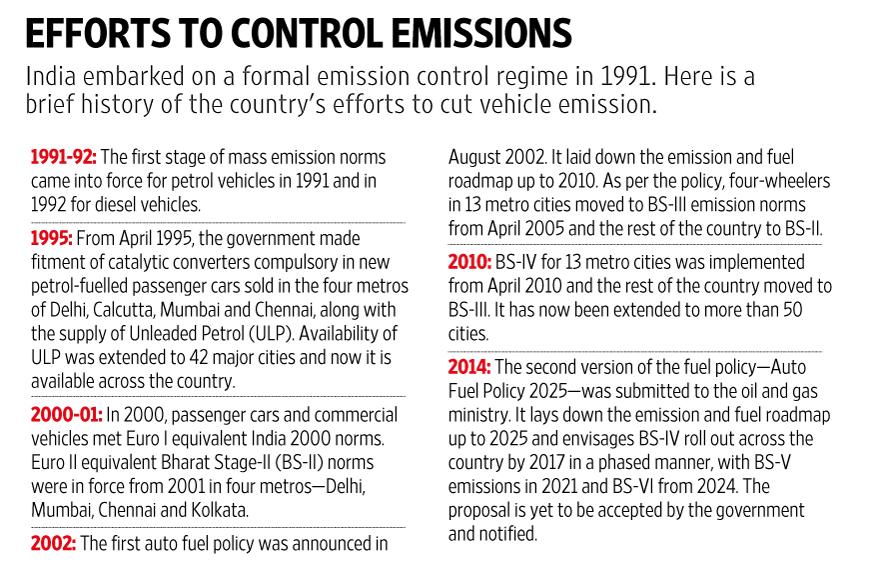 Transition to BS VI from BS IV: A Step UP!

BS VI is a challenge as well as an opportunity for the industry as none of the Euro 6 markets have bikes with small engines. Thus, though dirty air is a public emergency but it will not be easy to shift directly from BS-IV to BS-VI emission norms. It is important that the concerns of all concerned stakeholders are kept in mind to achieve the basic objective of a cleaner air and to fulfill our international obligations.