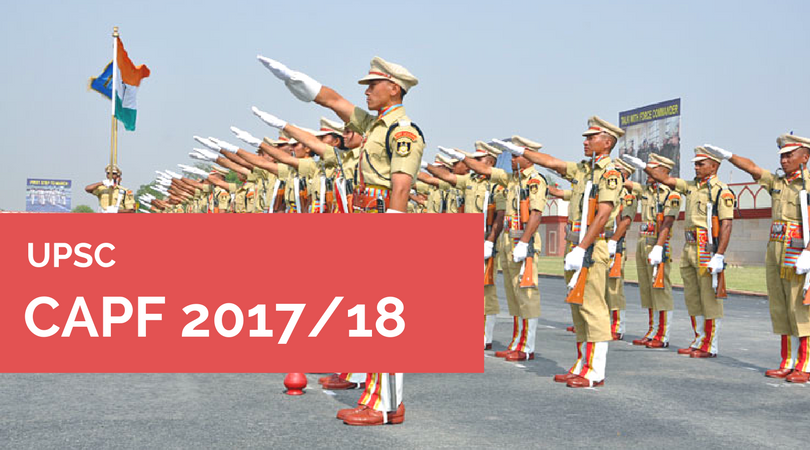 What is the examination conducted for?

What is the time line of this examination?

Applications are invited in April –May and the examination is conducted in July.

What is the minimum educational qualification required to take the examination?

A Bachelor’s degree of a University incorporated by an Act of the Central or State Legislature in India or other educational institutions established by an Act of Parliament or declared to be deemed as a University under Section-3 of the University Grants Commission Act, 1956 or possess an equivalent qualification.

What is the selection procedure?

If you qualify in the written  examination, you  will  be  summoned  for  Physical Standards/  Physical  Efficiency  Tests  and  Medical  Standards  Tests.

The final merit  list  will  be  drawn  on  the  basis  of  marks  obtained  by  the candidates in the Written Examination and Interview/Personality Test.

Is there negative marking in objective type question paper?

Yes. There will be negative marking for wrong answers marked by a candidate in the Objective Type Question Paper.

Why CAPF when I know I can clear CSE?

With due reverence to your confidence, UPSC remains unpredictable. You shall never know what went wrong and there is absolutely no harm in having a go at another prestigious exam, just in case…

But can I prepare for CAPF along with my CSE preparation?

Absolutely! Both the Examinations are conducted by the same recruitment agency and the syllabus of General Ability and Intelligence (Paper I) of CAPF is similar to the General Studies (Paper I) of the CSE-Prelims.

In fact, the two preparations can and should go hand in hand. The questions in GAI are more factual and it is not surprising to find similar questions in CSP with UPSC bent on throwing a surprise element in every Prelims. What you learn for CSP comes handy for CAPF and vice-versa. General Studies, Essay and Comprehension paper of CAPF can act as official practice test for the compulsory English paper for CSM, if not anything else.

How is CD’s CAPF module going to help me?

CD’s CAPF module has been designed in a way to get you just what you need for clearing CAPF with no extraneous variables thrown in. The module has been designed to ensure that you do not lose focus on CSE but at the same time sew in the CAPF efforts in the same fabric without marshalling any extra efforts. Moreover, the tests for CAPF series are fashioned in a way to fill in any gap that you might have left in your preparation to give you a holistic preparation module.

To give you first hand example for how CAPF and CSE preparation can be wedded together, consider the following example:

National Company Law Tribunal has been making headlines for some time now in the context of insolvency proceedings being initiated. Now from the same topic, question can appear in both GAI (CAPF Paper 1) and CSP as under:

Which of the following statements about NCLT is correct?

a) NCLT is a constitutional body

b) Only banks can approach NCLT against corporate debtors

c) NCLT has been constituted under the Insolvency Code, 2016

d) Employees can approach NCLT against their employers