Biotechnology is one of the most important topics with at least 1 question in both prelims and mains year after year. Nevertheless, it remains a major pain point for students. They have issues right from understanding the most basic terms like chromosomes, DNA, RNA, gene, codons, amino acids, proteins, etc. to recent breakthroughs.

Understanding the level of depth expected by the exam is the key to cracking the topic. NCERTs and other reference books are detailed and technical than required.

We will start with the basics, develop a conceptual understanding and then move to contemporary breakthroughs.

The figure below depicts the basic hierarchy within a cell.

Cells are basic building blocks of all living organisms. Cells make up tissues which makeup organs and then organ systems further on.

Prokaryotic Cells – These are simpler more archaic cells lacking most basic cell organelle including nuclei. DNA is present in the cytoplasm. Eg.Bacteria

Eukaryotic Cells – These cells are well differentiated and contain many cell organelle. The genetic material is sequestered inside the nucleus. All plant and animal cells are examples of eukaryotic cells. 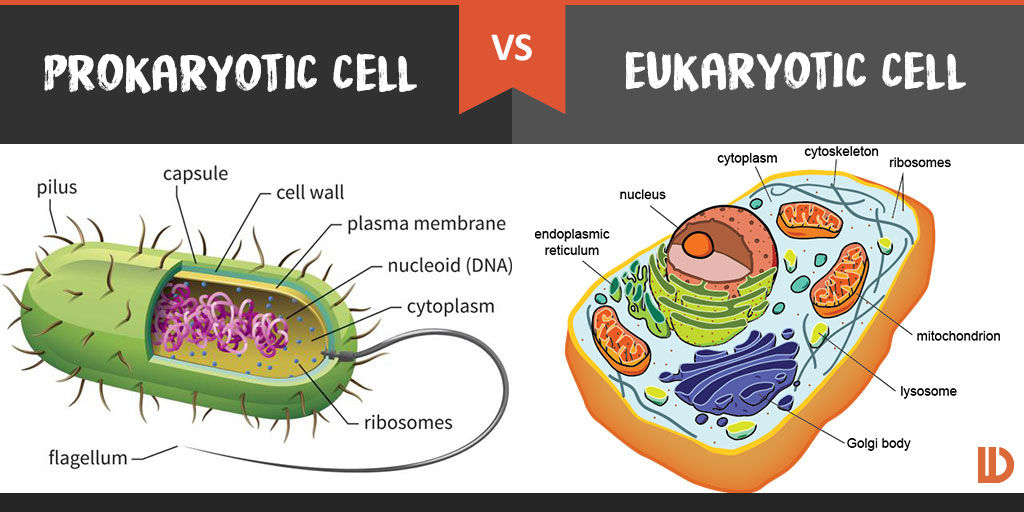 The organelles of Animal and Plant cells are highlighted in the figure given below.

We will discuss the two most important organelles from the point of view of the exam.

Nucleus – contains all the genetic material(code to replicate the cell and conduct all its functions). Genetic material is in the form of Chromosomes.

Mitochondria – Besides the nuclear DNA contained in the nucleus, cells have organelles called Mitochondria which contains Mitochondrial DNA or mtDNA or Maternal DNA. This is exclusively passed down from mothers to children(we do not inherit any Mitochondrial DNA from our fathers). We will revisit this organelle again when we discuss 3-parent-baby technique.

The rest are given in the table below – 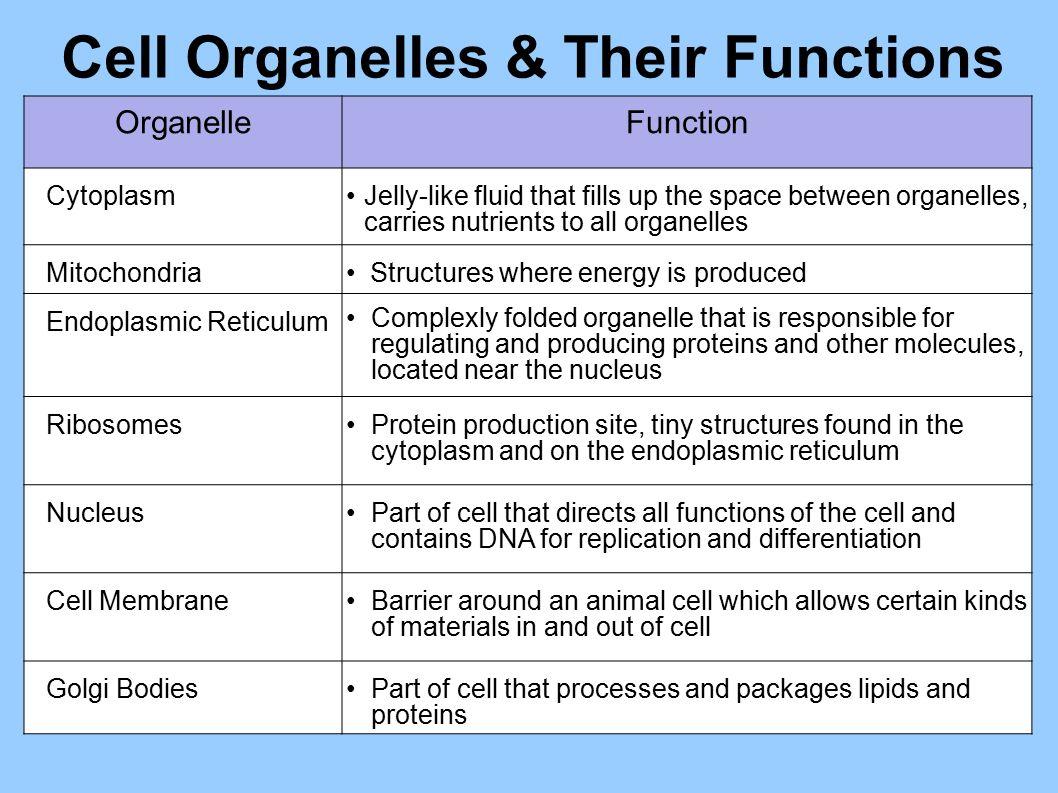 In the next segment, we will cover Chromosomes, DNA, and Genes. The following figure will come in handy. 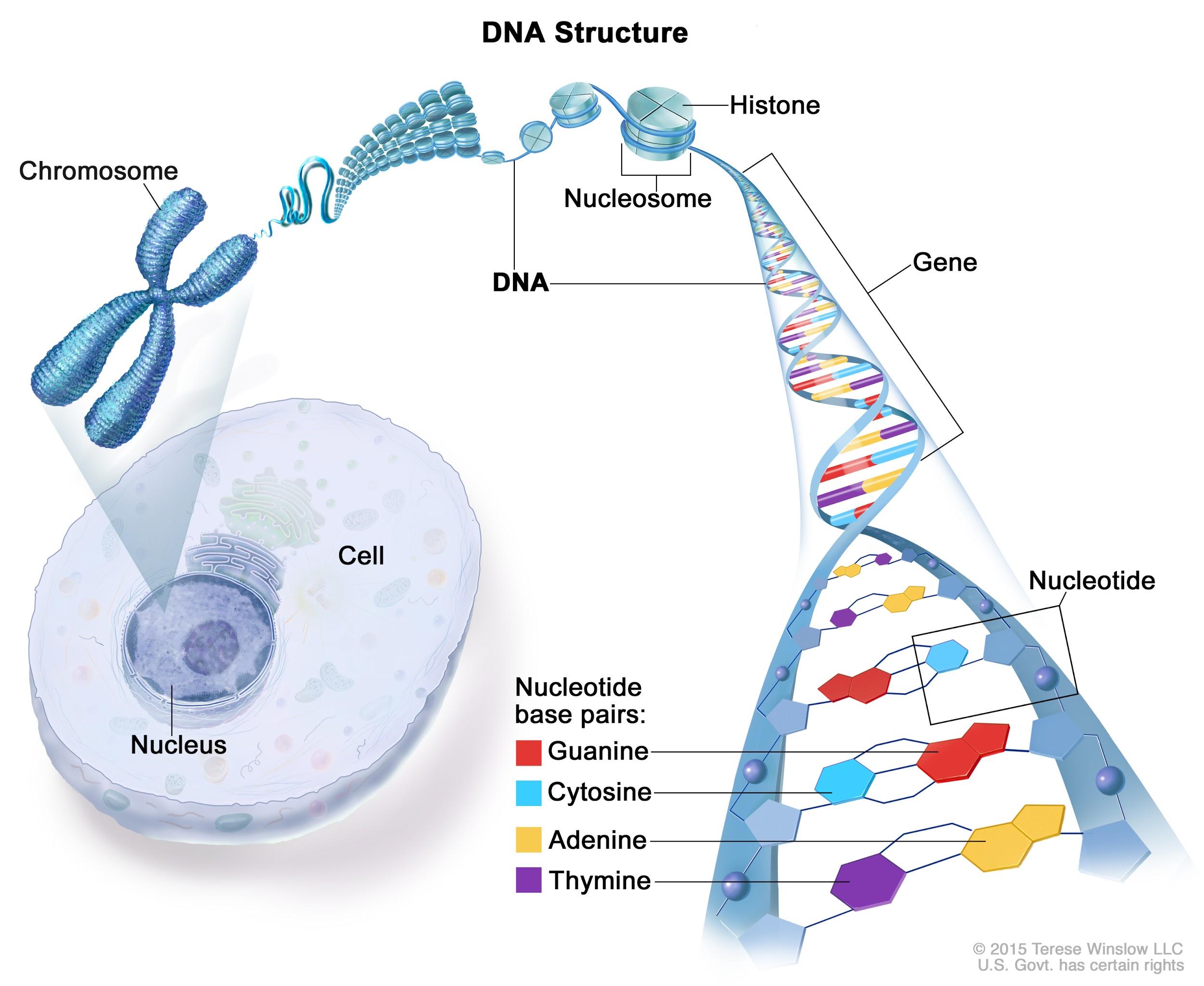 Chromosomes are thread-like structures present in the nucleus.

These are nothing but DNA tightly coiled around a protein called histone. (just like a thread wound around a cardboard tube).

From the above figure, you can conclude, 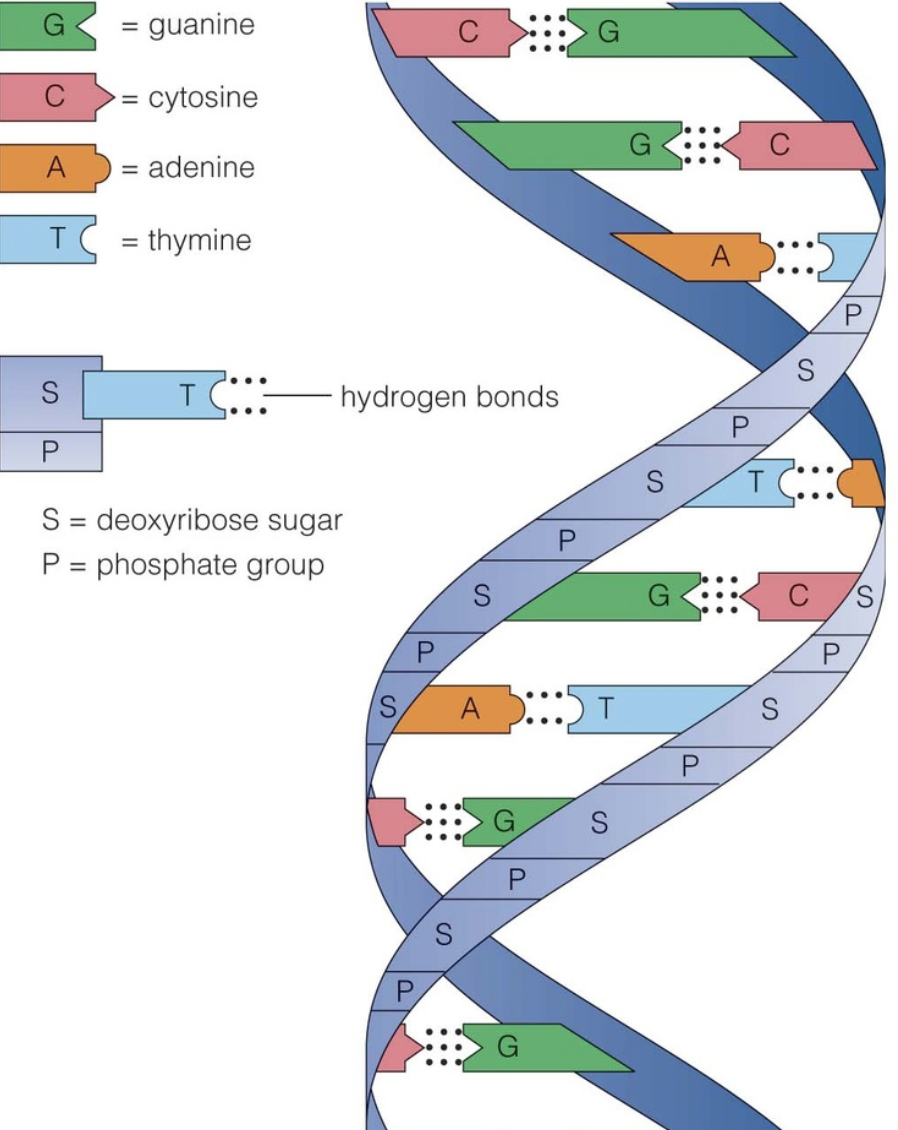 DNA is called the blueprint of life because it contains the genetic code which are instructions needed for an organism to grow, develop, survive and reproduce. DNA does this by controlling protein synthesis, a process we will explain later but not in much detail. For now, simply understand that Proteins are the most important material in our body. Many would associate them with muscles but they also aid the production of enzymes which are responsible for conducting all chemical processes and reactions within the body. So, it could be derived that protein synthesis is responsible for all activities carried on by the body and it is controlled by the genes.

The famous Double Helix model for the structure of DNA as shown in the above image is one of the most well-known models.

Genes, as we know, are hereditary markers from which we derive various characteristics like skin color, height, etc. More technically, each DNA molecule consists of sequences of Genes. Each gene is a particular set of instructions for specific functions. Eg. globin gene would aid the production of hemoglobin, another gene would do so for insulin, so on and so forth. Each gene naturally consists of a sequence of nucleotides and base pairs.

Alleles are alternate form genes which correspond to the same characteristic but provide for variations in that characteristic. A very crude example is as follows –

Assume a hen. A particular gene would be responsible for the color of its feathers, say black and white. Hence we say the same gene has 2 variants. Hence they are known as Alleles. Naturally, the nucleotide sequence in them will differ.

While describing DNA, we said that it helps with Protein Synthesis, a very fundamental process to sustain life. The concept of codons helps establish the link between Genes and protein synthesis reactions. 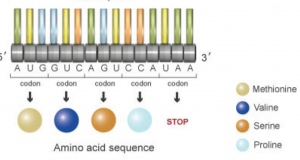 Each Gene can be represented as a sequence of codons where codons are a sequence of base triplets – meaning 3 bases combine together to form a Codon. 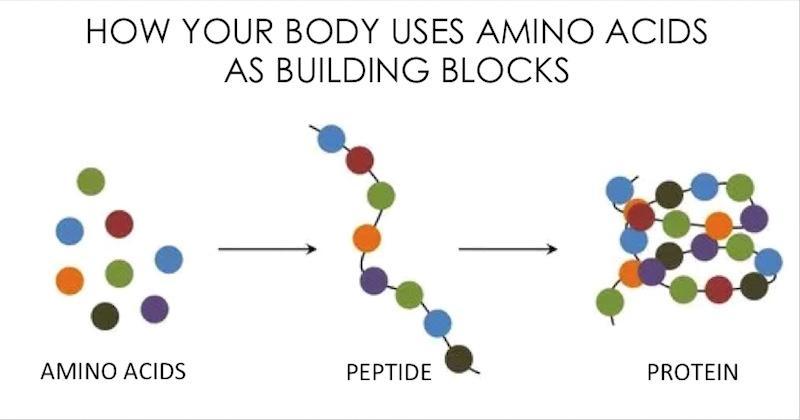 Types of Proteins in a Human Body 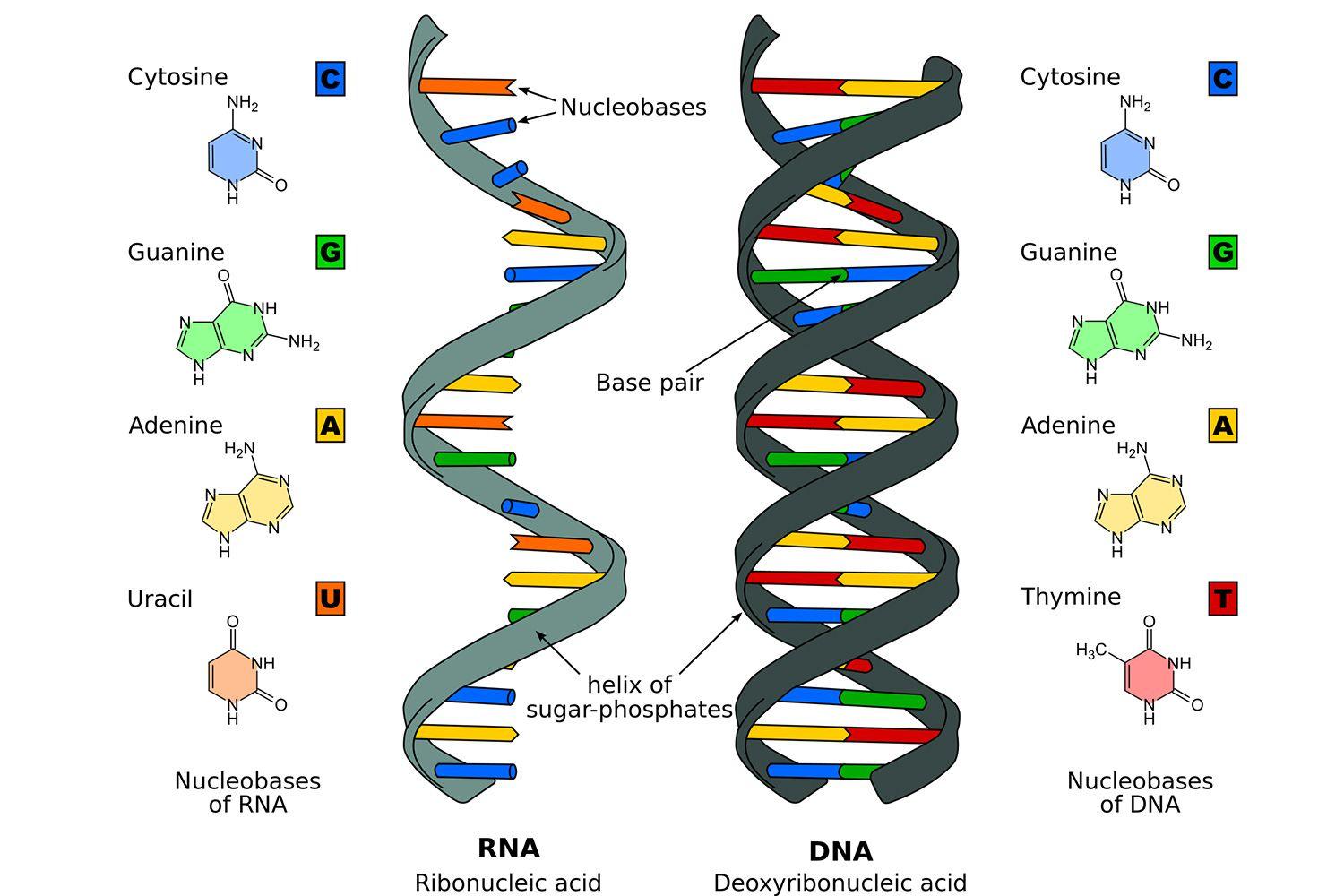 The bridge between DNA and protein synthesis is RNA.
RNA is chemically similar to DNA, except that it contains ribose as its sugar and substitutes the nitrogenous base uracil for thymine.
It is single-stranded rather than a double helix.

To get from DNA, written in one chemical language, to protein, written in another, requires two major stages, transcription and translation.

The process from DNA to RNA is known as Transcription. During transcription, a DNA strand provides a template for the synthesis of a complementary RNA strand. Transcription of a gene produces a messenger RNA (mRNA) molecule.

During translation, the information contained in mRNA is used to determine the amino acid sequence of a polypeptide. Translation occurs at ribosomes.

please regularly update this science and technology section….this would be one of the add on features on civilsdaily