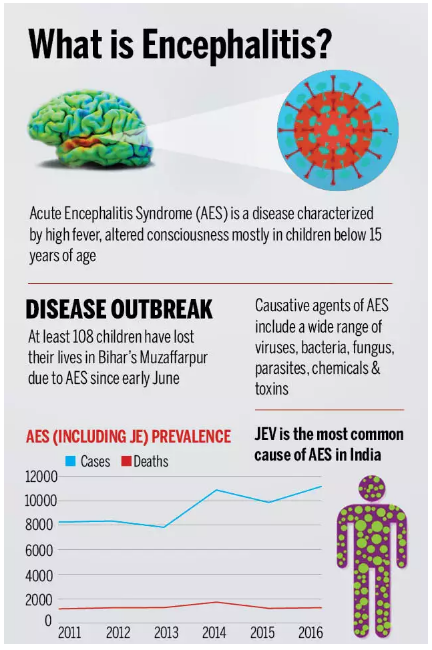 Is encephalitis different from hypoglycaemic encephalopathy?

What happens in hypoglycaemic encephalopathy?

Who is at risk?

What killed so many children in Bihar?

Why has it affected only young children in Bihar?

Now, belatedly, they have acknowledged the two most critical reasons for the deaths — malnutrition and the inadequacy of primary health centres (PHCs).

For example, a 2014 study by researchers from the Christian Medical College, Vellore, and the Centers for Disease Control and Prevention in Atlanta in the US showed how a combination of factors, unique to Muzaffarpur, sharpened the vulnerability of its children to the disease.

Litchi’s toxins – The district is a major litchi-growing region and the study found that toxins present in the fruit were a source of AES.

No Action by the state on report

However, the state government has not taken the cue from medical research. It does not have a special nutrition programme for AES-prone areas. 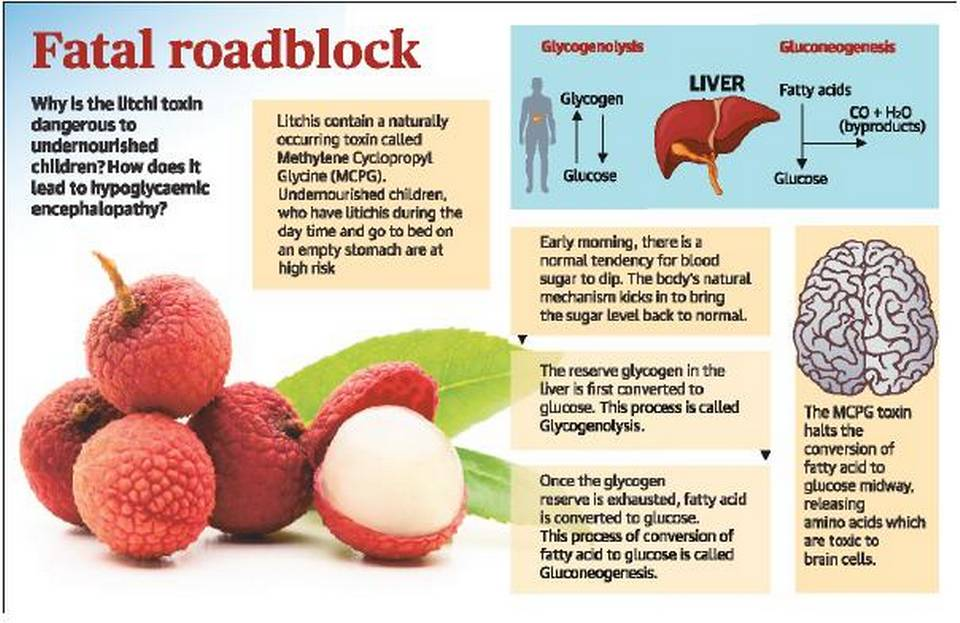 Can hypoglycemic encephalopathy be treated?

What can be done to prevent this?