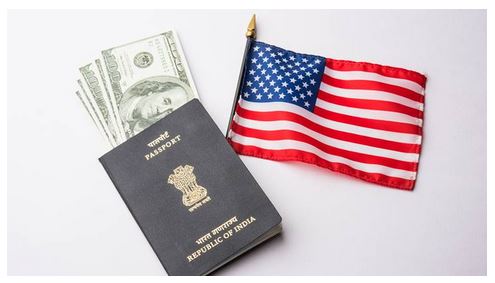 We have been having a bad summer! The Nepalese have face-palmed us, the Chinese have taken our territory and let not forget the Covid crisis. Now Donald Trump has dealt a blow to thousands aspiring for a career in the US.

The US administration extended the 60-day ban on immigration and non-immigrant worker visas till the end of 2020. Popular work visas including the much-coveted H-1B and H-2B, and certain categories of H-4, J, and L visas would also remain suspended until December 31.

Apart from the suspension of these work visas, the executive order signed by Trump has also made sweeping changes to the H-1B work visa norms, which will no longer be decided by the currently prevalent lottery system. The new norms will now favour highly-skilled workers who are paid the highest wages by their respective companies. 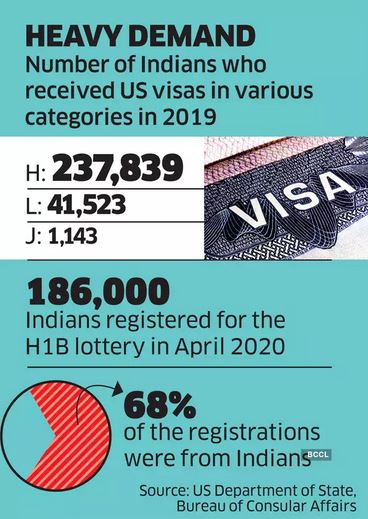 Here are the visas that have been put on hold till December 2020:

What is it: The H-1B visa category covers individuals who “work in a speciality occupation, engage in cooperative research and development projects administered by the US Department of Defense or are fashion models that have national or international acclaim and recognition.”

Who’s covered: The H-1B is most well known as a visa for skilled tech workers, but other industries, like health care and the media, also use these visas.

What it is: According to USCIS, the H-2B program allows US employers or agents “to bring foreign nationals to the United States to fill temporary non-agricultural jobs.”

Who’s covered: They generally apply to seasonal workers in industries like landscaping, forestry, hospitality and construction.

What it is: The L1 Visa is reserved for managerial or executive professionals transferring to the US from within the same company, or a subsidiary of it. The L1 Visa can also be used for a foreign company opening up US operations.

Who’s covered: Within the L1 Visa, there are two subsidiary types of visas

The story of work visas

Trumps in ‘The Protectionism’

Motive behind the visa ban

Who all does it impact? 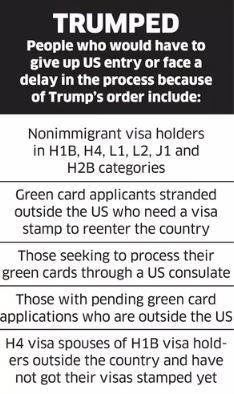 Will Indian corporations be hit?

This visa ban come at a crucial inflexion point for the Indian economy when restrictions on the movement of people and goods slowly will be lifted after India passes its peak viral case numbers. This would create a knock-on effect from IT to other sectors.

Criticism within the US

Amazing overview of the topic. A holistic one!