Nominal GDP is the money value of all the goods and services produced in a year. Nominal GDP is calculated at the current market prices. However, Nominal GDP does not truly indicate the real performance of the economy as the prices changes over time.

Therefore, the Nominal GDP does not capture the changes in the real economy.

Limitations of the Concept of GDP/Economic Growth 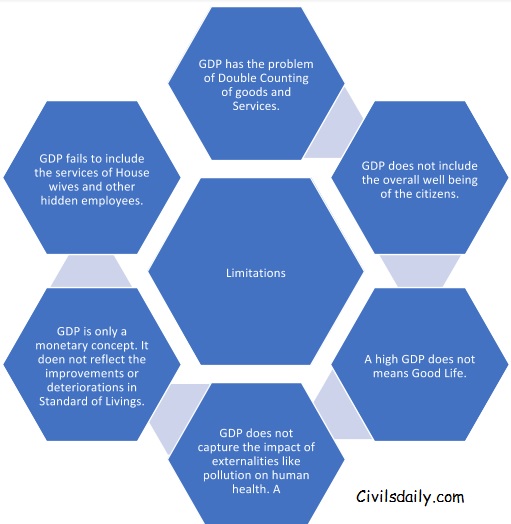 Note for Students: The following examples will make it clear why GDP is not a perfect measure of Well Being.

Now tell me is this increase in the GDP is worth considering? The GDP has risen due to wrong reason, i.e., increase in crime.

In the above case, the GDP fails to capture the deteriorating situation of the society.

The two-argument provided above are also valid for the shortcomings of growth.

Economic Growth is a monetary concept. It only takes into account the value of goods and services produced in the economy. It tells how much a country has progressed in terms of economic indicators like GDP, Per Capita Income, Production, employments etc. It measures only quantifiable outcomes. 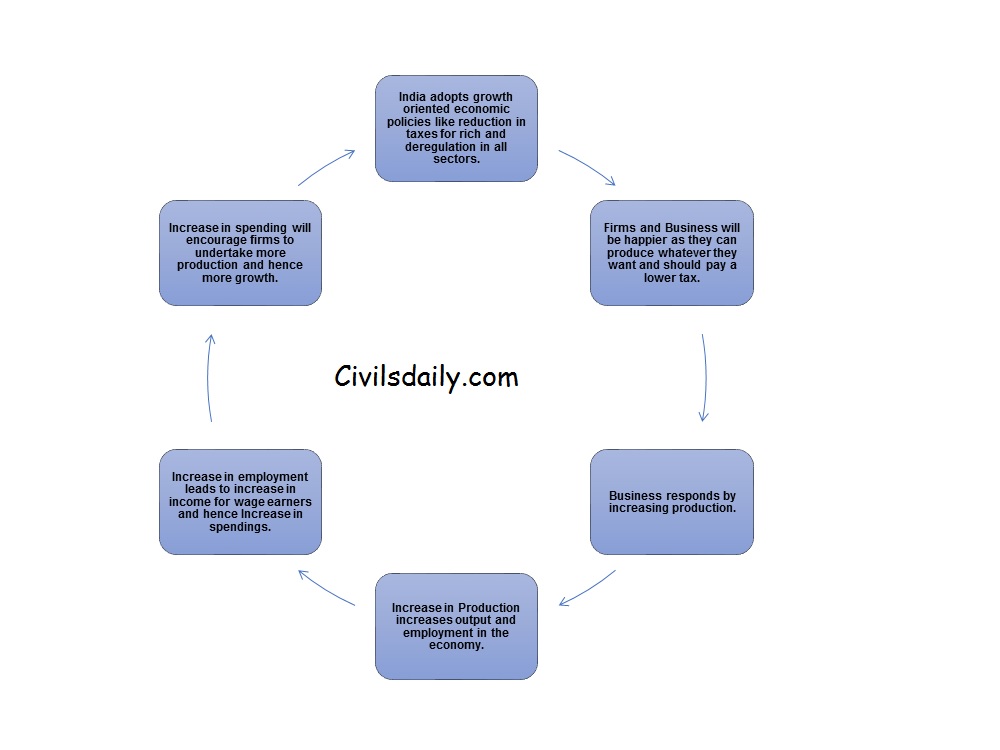 The story so far is very impressive a business-friendly government with pro-business policy increased growth and employment. 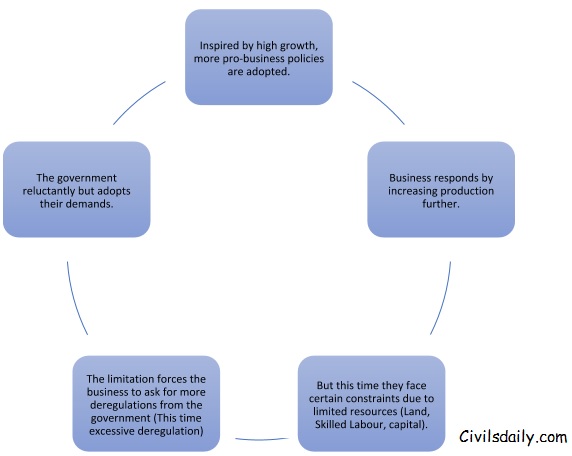 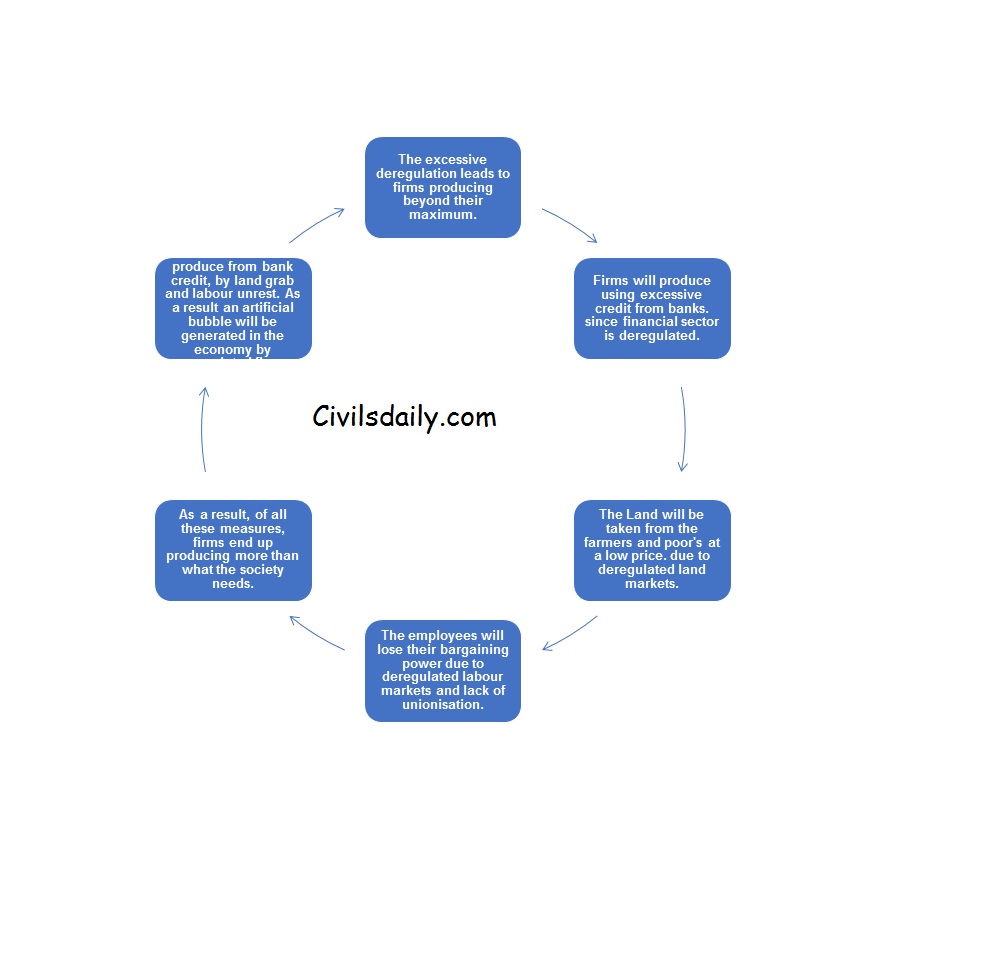 The Fourth and Final stage: The Crisis 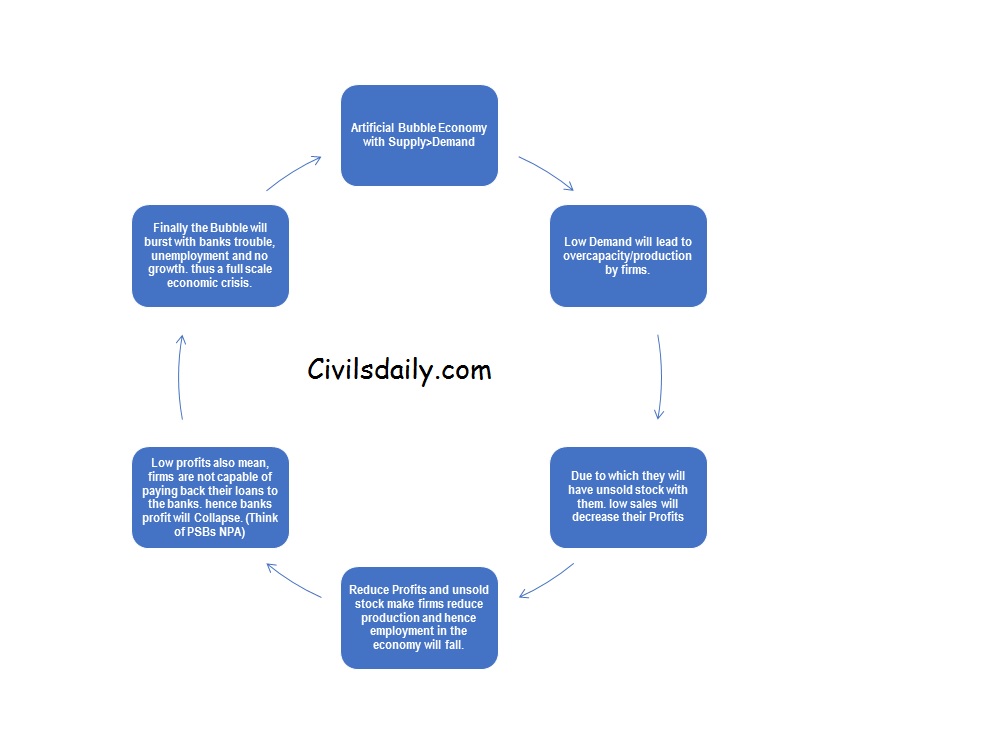 The above model is just an easy explanation of a complex system. Is it really the pro-business policies of the government that have led to the crisis?

The answer is no. It is the lack of balanced policy or a single point focus on the growth that has led to the crisis.

What has the Government missed in the process?

If for example, when the first stage boom had happened, the government should have adopted the policy of promoting new firms by encouraging competition, by providing the new firms with opportunities in the form of lower taxes, interest-free capital. Instead, the government followed the existence firms demand of more rebates, more deregulation which created a monopoly like the situation with restricting enter. The new firms would have competed with the older firms, and in the process, the poor performing firms would have thrown out of the market, and the best surviving firms could have produced efficiently and at a much lower price.

The second lesson, therefore, is “The role of government is to promote competition and healthy environment for the firms to operate and not to practice Crony Capitalism in nexus with old firms”. Therefore, the policy of excessive deregulation along with creating a monopoly kind structure is a growth oriented move, but promoting and encouraging new firms through fair competition is a development oriented measure”.

The Third lesson, therefore, is “A balanced approach towards resource redistribution does more good as compare to a one-sided measure of promoting business welfare”. The governments must force the firms to provide essential services in the areas of the land takeover. Therefore, land acquisition along with welfare of the region is a development measure.

Therefore, the fourth lesson “Labour Market reforms carried with the welfare of the labour is a development oriented measure”.

The story in a nutshell, therefore, is “Growth is only a necessary condition and not a sufficient condition for promotion of well-being and raising the standard of living of the people”. 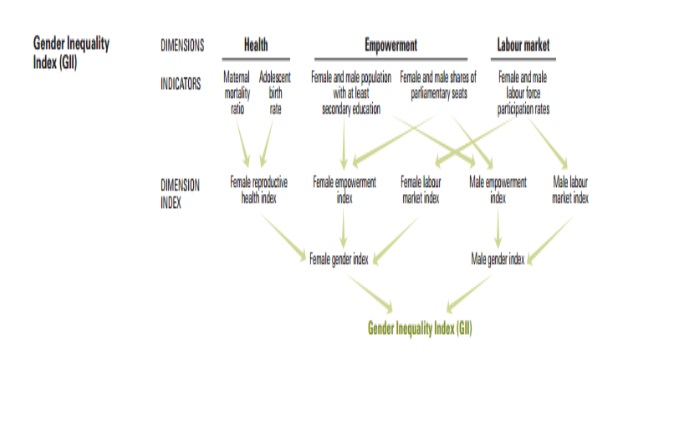 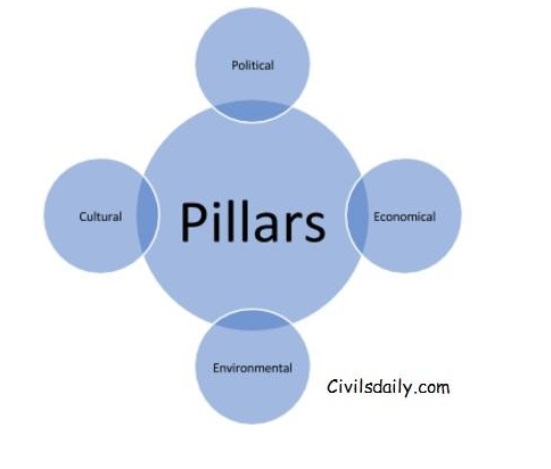 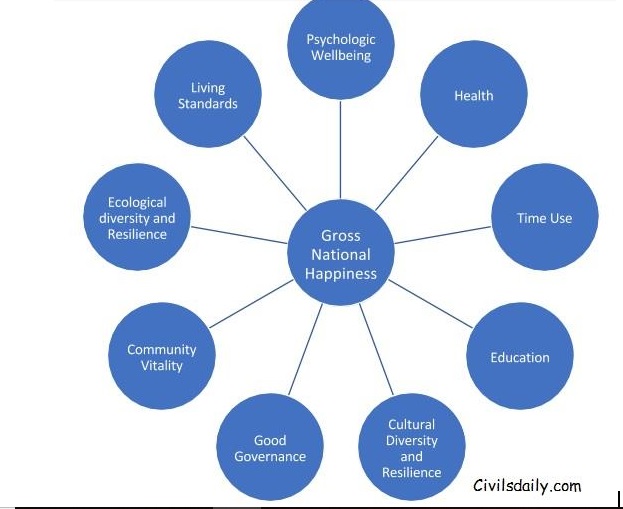 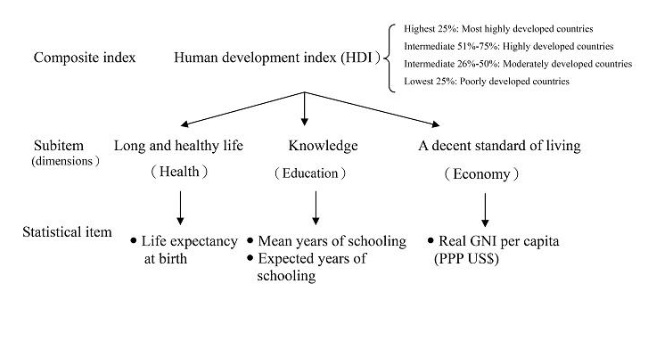 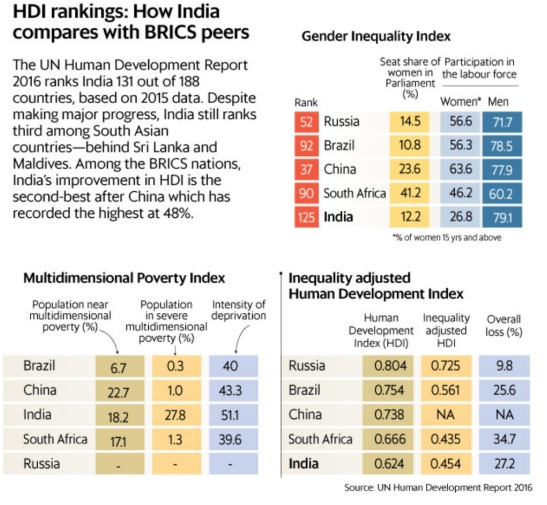