Introduction of the HYV program in the mid-1960s necessitated a high priority to supplying quality inputs like irrigation, water, fertilizers and electricity to the Indian farmers. These all were classified as essential inputs for the development of the agriculture.

To ensure that these inputs are accessible to all farmers at all the times the government decided to subsidised these inputs. 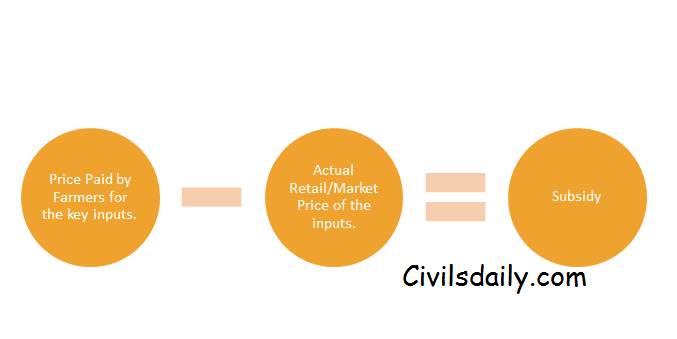 There are two most common ways of subsidising agriculture; 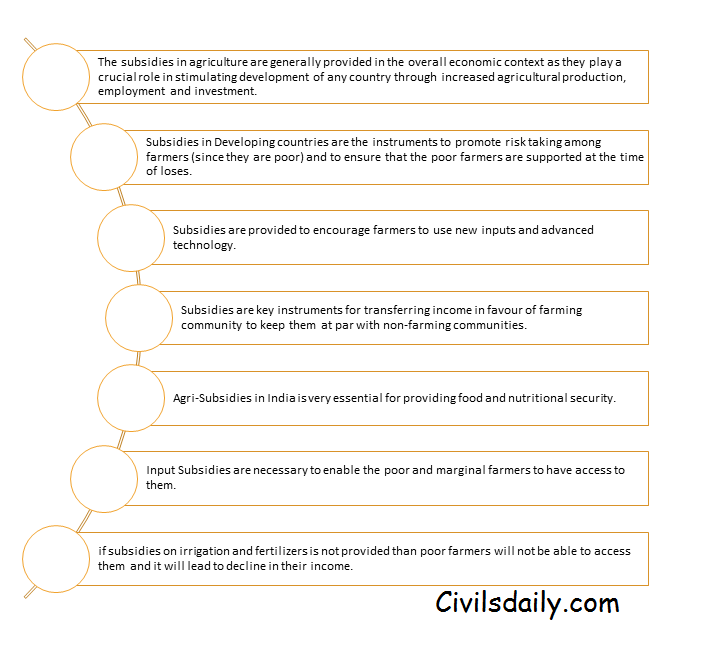 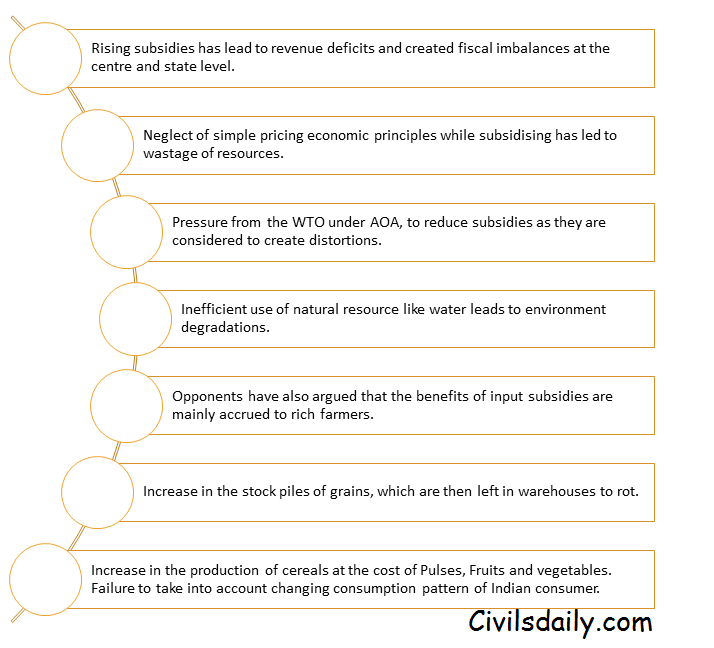 However, the issue of agriculture subsidies is not to be examined only from the perspective of fiscal imbalances, but from a much wider perspective of ensuring food and nutritional security for Billions and ensuring that poor and marginal farmers do not get wiped out from the market. 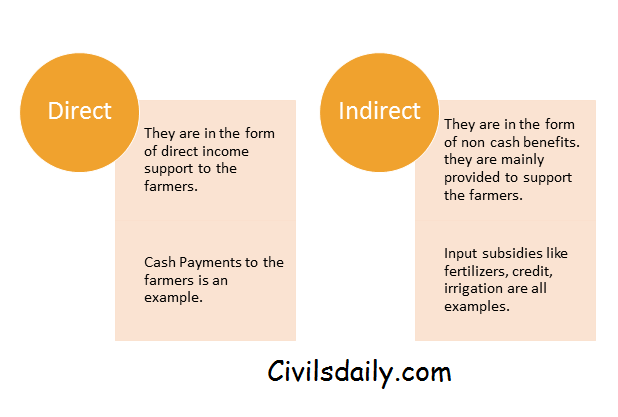