The article explains the problems associated with the GM crops and they can be tackled. Important for Mains Paper 3. 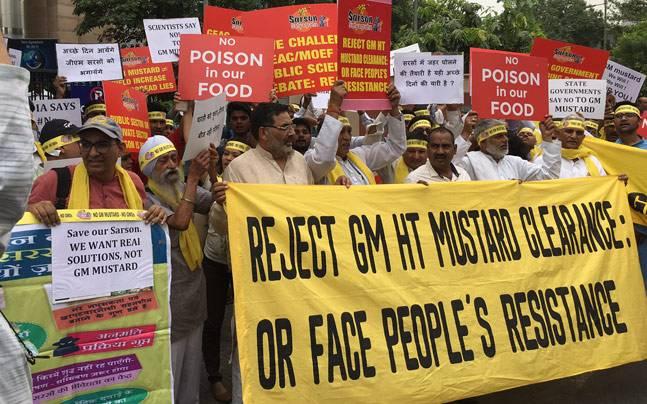 Why are GM foods produced?

Is there a need, in the first place, for developing a mustard hybrid?

With the country’s own annual edible oil production stuck at below 7.5 million tonnes, of which mustard’s share is roughly a quarter

So, there is need to raise domestic crop yields and cut dependence on imports

Hybrid technology is a potential technique to boost yields, as has been successfully demonstrated in a host of crops

What are the environmental risks?

Are there any advantages?

This means the amount of pesticide chemicals used on the plants are reduced, so their exposure to dangerous pesticides are also reduced

Another benefit that GM technology is believed to bring about is that crops can be engineered to withstand weather extremes and fluctuations, This means that there will be good quality and sufficient yields even under a poor or severe weather condition

According to the UN Food and Agricultural Organization (FAO), some GM foods have been engineered to become more nutritious in terms of vitamin or mineral content.

Then, Why has there been so much concern about GM foods among some public interest groups, activists and consumers?

Since the first introduction on the market in the mid-1990s of a major GM food (herbicide-resistant soybeans), there has been concern about such food among activists and consumers, especially in Europe

In fact, public attention has focused on the risk side of the risk-benefit equation, often without distinguishing between potential environmental impacts and public health effects of GMOs Consumers have questioned the validity of risk assessments, both with regard to consumer health and environmental risks, focusing particulary on long-term effects

Consumer concerns have triggered a discussion on the desirability of labeling GM foods, allowing for an informed choice of consumers

What further developments can be expected in the area of GMOs?

Q.) “GM mustard exposes our double standards when it comes to technology for farmers.” Critically comment.