The Goods and Services Tax (GST), the biggest reform in India’s indirect tax structure since the economy began to be opened up 25 years ago, at last, becomes a reality.

The Working of GST

Step 1) Imagine a Producer of Shoe. He buys raw materials like leather, cloth, thread etc., worth Re 1000. The Re 1000 includes a tax of Re 100. He manufactures a pair shoe using these raw materials.

Step 2) The manufacturer by converting raw material into a finished good (Shoe) has added value to the product. The raw leather is being converted into the wearable shoe.

But under GST, the manufacturer could set off Re 130 as input credit as the tax already paid by him on inputs Re 100(SEE Step 1)

But under GST, the wholesaler also could set off Re 150 as input credit as the tax already paid on the purchase of shoe from the manufacturer Re 130.

But under GST, the retailer also could set off Re 200 as input credit as the tax already paid by him on the previous stage Re 150.

Step 3) Thus, the total GST on the entire value chain from the raw material/input suppliers (who can claim no tax credit since they haven’t purchased anything themselves) through the manufacturer, wholesaler and retailer is, Rs 100+30+20+50= 200 only.

Taxes to be subsumed under GST

The Three Tier Structure of GST

The Parliament and the state legislatures will have the power to levy GST. There will be complete separation of power between Centre and State. 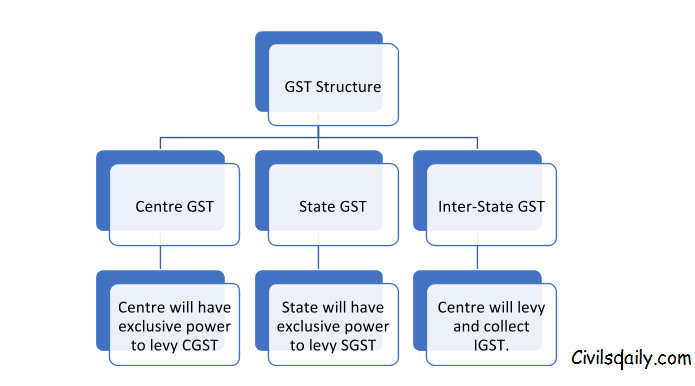 The centre will have the power to levy GST when it comes to interstate trade and exports, imports. The sharing of IGST between centre and state will be based on the views of GST Council.

Now, suppose the same trader in Maharashtra sells goods to a trader in Tamil Nadu. In this case, the trade is off interstate nature. If the applicable GST rate is 18%, then the entire 18% GST will be charged as IGST.

The Council will have the representation of both Centre and State. 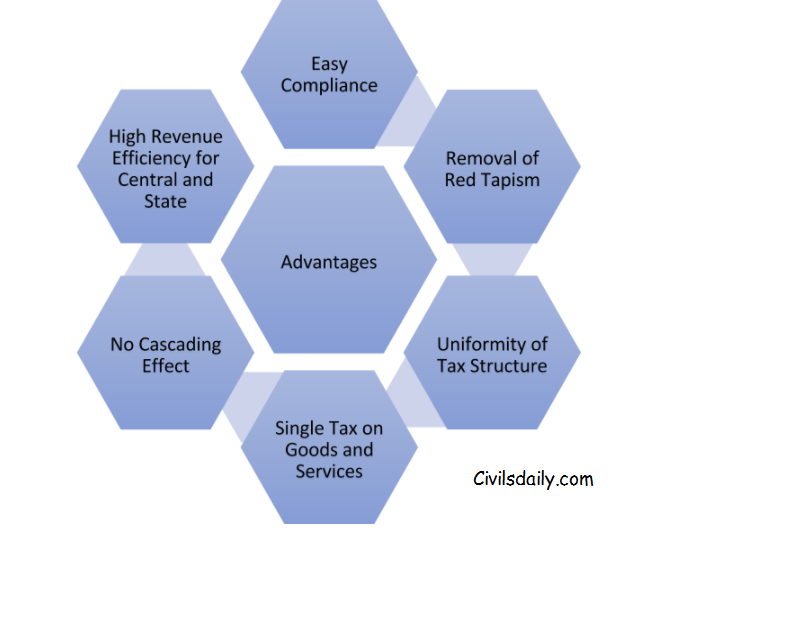 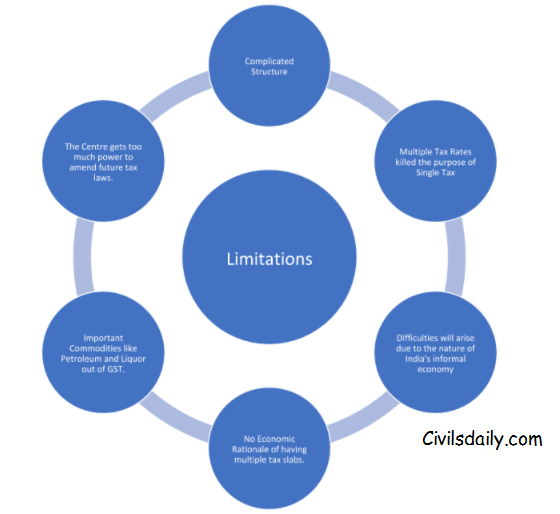