Government intervention in food grain marketing in India began in 1960’s. The objective of the intervention is to revamp and incentivise the agriculture sector by using HYV seeds and technological inputs with the ultimate aim of increasing food grain production.

Increasing production alone is not sufficient; the government needs to ensure that increase in production benefits the poor/ consumer. Several measures were undertaken to achieve the twin objective of ensuring food security and raising food production. The key measures were:

The policy of increasing production and providing food security has been helpful to India in several ways. 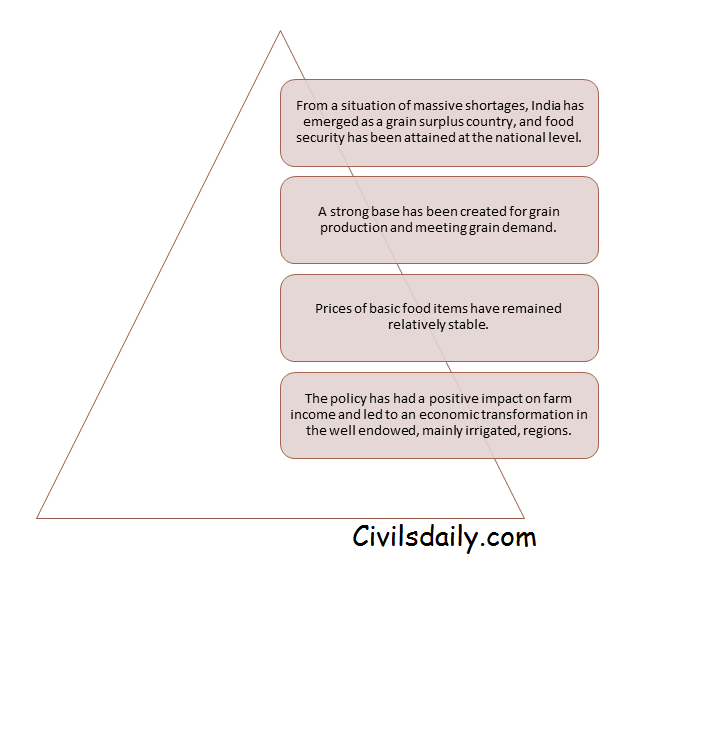 The biggest disadvantage of such an interventionist policy especially since the beginning of economic reforms of 1991 are: 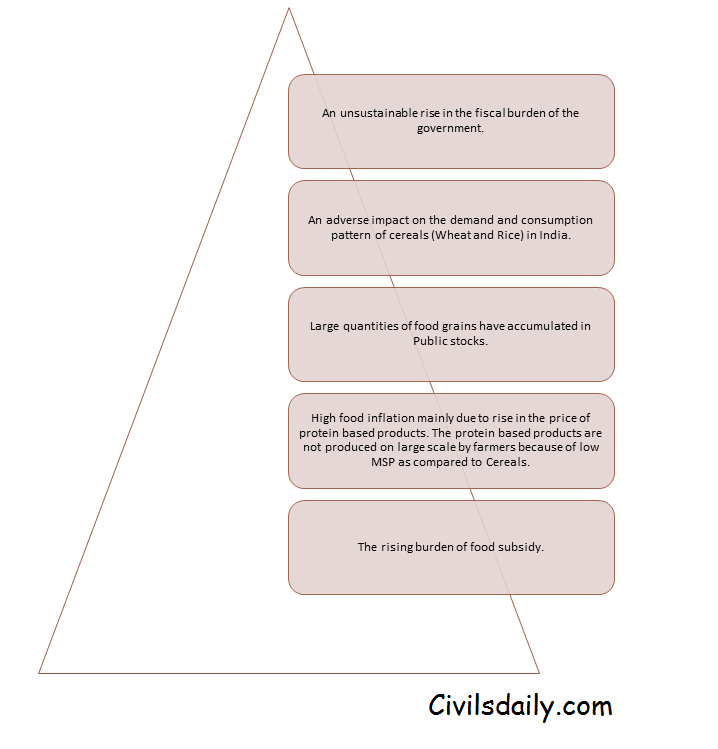 Why is Government intervention needed in food grain markets?

The government has been carrying out procurement and storage of food grains in India since 1960’s through mainly two institutions:

The critical aspect of this whole intervention is the price at which the produce is procured from farmers. Till the beginning of economic reforms MSPs for food grains were based entirely on domestic factors, mainly on the cost of production of crops. Though CACP was required to take into consideration the international price situation, this aspect was never given any weight while arriving at the level of MSPs. 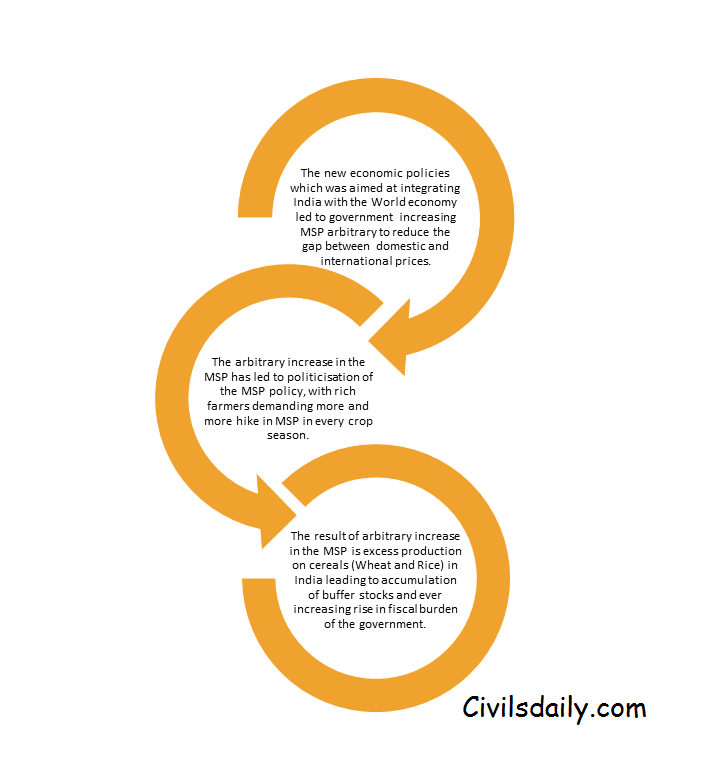 Sir what is carbon footprint