Despite India’s geographical proximity to South-East Asia, sharing over 1,600 km of land boundary with Myanmar and maritime boundaries with Myanmar, Thailand and Indonesia, South-East Asia was hardly a priority area in Indian foreign policy before the 1990s. Initiated in the early part of the 1990s, India’s ‘Look East’ policy has been directed to the region through the Association of Southeast Asian Nations (ASEAN).

Though it is claimed that the Look East policy encompasses the entire Asia-Pacific region, its primary focus was undoubtedly on South-East Asia during the first phase of this policy that lasted until recently. It appears that during the second phase, India, apart from consolidating its relations with South-East Asia, is looking beyond at the larger Asia-Pacific region.

ASEAN members were, anyway, initially lukewarm to any idea of India’s membership in the regional association for individual reasons:

Changes in the Discourses

To achieve “the ASEAN way”, Treaty of Amity and Cooperation in Southeast Asia (TAC) was signed. 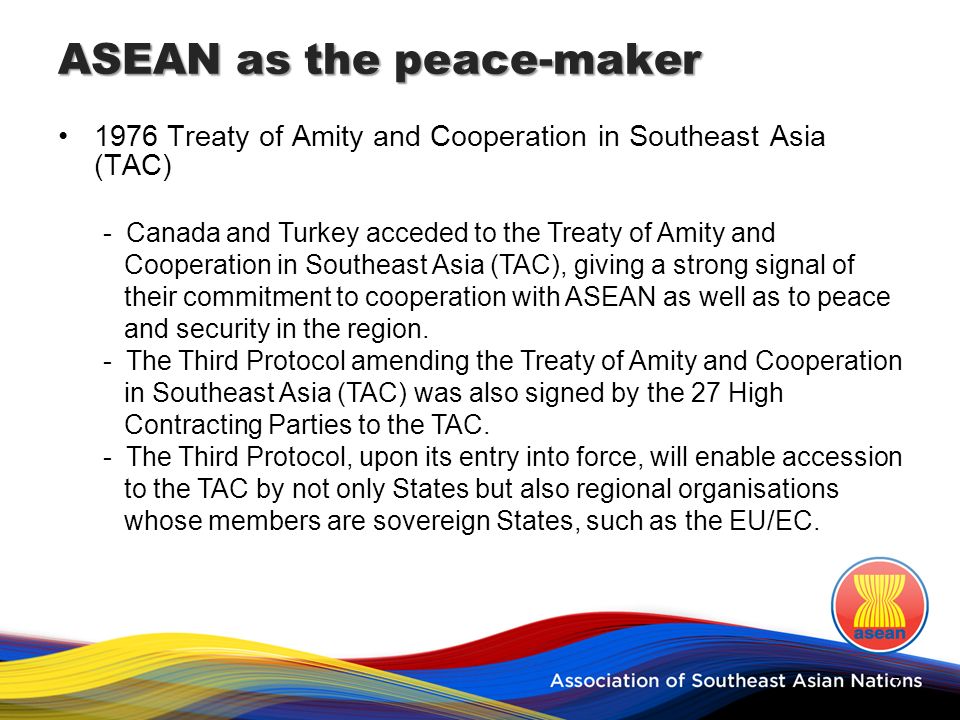 It provides the guiding principles of ASEAN

Timeline: Growth of ASEAN since 90s 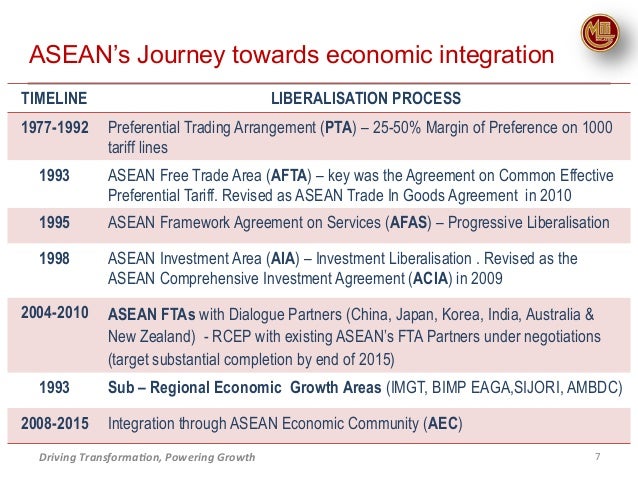 Similar to European Union, ASEAN community is a dream with three pillars

This old article at The Diplomat analyses the importance (or lack of it) of such initiatives. The important paragraphs are reproduced here:

The ASEAN Leaders have declared that the 2009-2015 Road Map consisting of the three Community Blueprints – Economic (AEC), Political-Security (APSC), Socio-Cultural (ASCC) -shall form the basis of the overall ASEAN Community (AC15). Of course, the ASEAN Charter and other subsequent key initiatives would also define the AC15. By focusing on the broader goals, objectives, strategies, and targets set in these instruments, the contours and key markers of the AC15 can be easily framed, both in quantitative and qualitative terms as appropriate.

The fact that ASEAN has been a relatively peaceful region compared to the rest of the world should score high for APSC. The Preah Vihear Temple, Sipadan and Ligitan Islands, Pedra Branca, and even development issues such as the Malayan Railway Land deal between Malaysia and Singapore have shown the States’ maturity in using bilateral, regional and international mechanisms to resolve disputes amicably while accepting the verdicts gracefully.

Such multiple channels of dispute settlement should be pursued concurrently for the South China Sea disputes.

ASEAN has also been affected by terrorism and transnational crimes. Ensuring a drug-free ASEAN by 2015, on hindsight, is way off the mark, but with recent record-breaking seizure of illegal drugs, coordinated enforcement, and severe penalties we should be moving steadily towards that goal. The ASEAN Intergovernmental Commission on Human Rights is already operational, and more needs to be done on human rights protection.

Has ASEAN worked for the world & how?

ASEAN’s 3 greatest contributions are peace, prosperity, and geopolitical stability for Southeast Asia. We source this content from a Mckinsey study:

A. Why is peace such a big thing to achieve & maintain here? Here’s why:

How did ASEAN achieve peace?

#1. It cultivated a culture of “musyawarah and mufakat” (“consultation and consensus” in Indonesian). This ethos is now hailed by many as the “ASEAN way” and has helped nations such as Myanmar achieve a peaceful transition from decades of harsh military rule, while nations in similar situations in other regions—Syria, for example—were riven by conflict

#2. ASEAN now organizes more than 1,000 meetings a year that touch on virtually every topic, from trade to tourism and from health to the environment. As a result, thousands of invisible formal networks have evolved in the region

#3. ASEAN embraced a policy of nonintervention. The West frowned on this and encouraged ASEAN states to criticize one another when their human-rights records slipped. Yet ASEAN countries wisely ignored this advice and assiduously avoided meddling in one another’s domestic affairs. The result has been peace

B. With peace comes prosperity and poverty reduction

#1. From 2001 to 2013 alone, ASEAN’s combined GDP rose threefold, reaching $2.4 trillion. If the ASEAN bloc were a country, its growth rate during those years would rank second to China as the highest in Asia

#2. Between 2004 and 2011, ASEAN member states’ trade volumes, among one another and with the rest of the world, more than doubled

N4S: You do not have to memorise the figures and chances are you won’t be much overwhelmed by them because much of you wont remember similar figures across other economies. Chill. Just understand that ASEAN has done better economically 🙂

ASEAN has played an important role in reducing geopolitical tension and rivalries by providing an annual platform for all the great powers to meet and resolve outstanding issues. Don’t take our word for that:

In 2010, when Sino–Japanese relations took a downturn over disputed islands in the East China Sea, Chinese Premier Wen Jiabao and Japanese Prime Minister Naoto Kan met on the sidelines of an ASEAN meeting in Hanoi.

In addition, each year the ASEAN Regional Forum (ARF) plays host to 27 different countries to discuss security issues in the region. Many major powers attend, including the United States, the European Union, China, India, Japan, Russia, and South and North Korea.

Sensitive topics that have been discussed on the sidelines of the ARF include North Korea’s nuclear program and maritime disputes in the South China and the East China Seas.

World’s greatest power, the United States, and the world’s biggest emerging power, China—poses a new threat to stability throughout Asia. Why do we say so?

B. Rising of India, China as Asia superpowers

In the 1970s and 1980s, when China was just opening up its economy and India remained closed, ASEAN had little difficulty in outpacing either in attracting FDI. While China has caught up now, India’s share of global FDI has remained low, reaching only 1.9 percent in 2012, but that could change quickly if India follows through with the economic-reform agenda it began more than two decades ago.

Good news for India then (UPSC ahoy!) but bad news for ASEAN:

In response to this new competition from China and India, ASEAN launched two major economic projects:

2003: India accedes to the Treaty of Amity and Cooperation in Southeast Asia at Bali summit

2008: India-ASEAN agree to negotiate pact on investment and services, Aug 28

Kerala raised issues with PM Modi on this:

Before the agreement was signed, the Chief Minister of Kerala, V.S. Achuthanandan, led a delegation to the Indian Prime Minister protesting against the FTA:

If you have the bandwidth to study more on the legacy issues between India and ASEAN, here are some references:

Q.1) Evaluate the economic and strategic dimensions of India’s Look East Policy in the context of the post-Cold War international scenario. (2016 Mains)

Q.2) With respect to the South China sea, maritime territorial disputes and rising tension affirm the need for safeguarding maritime security to ensure freedom of navigation and over flight throughout the region. In this context, discuss the bilateral issues between India and China. (2014 Mains)