India had seen one of the worst food disaster in 1943, that was known as Bengal Famine. Things were not so great after Independence either and in 1961, we were again on the brink of mass famine. This is where we called upon a US agro-scientist Norman Borlaug, who is also called the father of green revolution to seek his help & secure India’s food output.

This is where Indira Gandhi and M.S. Swaminathan come into picture – a heavily government backed programme which delivered the much critical food security and sufficiency at a time of great peril.

In comes HVY (high-yielding varieties) of wheat and India transformes from “a begging bowl to a bread basket”. Punjab is frequently cited as the Green Revolution’s most celebrated success story. Yet, far from bringing prosperity, two decades of the Green Revolution have left the Punjab riddled with discontent and violence

Whoaah, what were the negative impacts of Green Revolution in India?

#1. The Myth of High Yields: The term “high-yielding varieties” was a misnomer, because it implies that the new seeds are high yielding of themselves. But these HYV seeds were more like “high responsive varieties” as they highly responsive to certain key inputs such as fertilizers and irrigation water.

In the absence of additional inputs of fertilizers and water, the new seeds perform worse than indigenous varieties

#2. Loss of Diversity: If and when you study Environment and Biodiversity, you will realise the importance of diversity. Green revolution hampered it in two ways –

#3. Increasing Pesticide Use/ Fertilizer use: This follows naturally from the point #1. While this did give a boost to manufacturing sector (those who produced fertilisers), it killed the soil. This is the reason why Eco Survey talks about indiscriminate use of urea and the need for soil health cards. Read this amazing backgrounder on Soil Health Card and the backgrounder on Fertilisers and the Challenge of Reform. There are some amazing infographics inside! 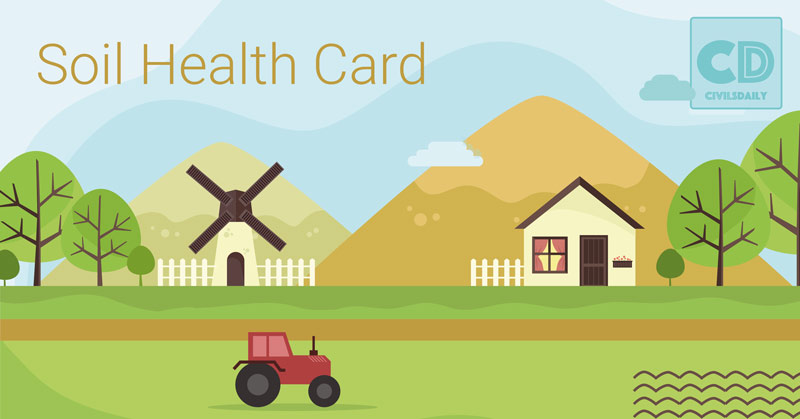 Fair enough, so what did we do next? Did we call for a revised Green Revolution and how did it shifted the policy making in India?

All that you need to know on National Food Security Mission

Here are the 5 components of NFSM

Note: All states were not covered during 11th plan for NFSM.

So, basically we keep on reviewing the performance of our active missions and include more districts, states into the plan. Seems logical right? Whenever such upgrades take place, we also deploy some best practices. And you will find that such best practices aim at correcting the errors of First Green Revolution. Hope this helps you tie up the basics else Agricultural economics largely lacks that glamour which let’s say Rajan Economics had 😉

Note: If you have some agricultural background, please feel motivated to share more insights. Most of the UPSC aspirants never had a first hand interaction with the fields of India hence we sometime lack the appreciation.

This sorts of finish the tidbits on NFSM. Now, here’s an interesting question which might trouble you from time to time as you study these schemes in greater details.

What is the difference between Centrally Sponsored Schemes and Central Sector Schemes?

Differences arise due to 2 things –

#1. Centrally Sponsored Scheme (sponsor = take it as some discount from sarkar)

It is usually recommended that you read the preface of a novel before you dive headlong into the chapters. Helps you get the flavour of what’s to come. Likewise, spend next 1 minute in understanding the organisation structure of the Ministry of Agriculture & Farmer Welfare. These departments often come in news directly or by virtue of some attached office and a brief familiarity is good to have!

Now that you know this, let’s spend next 4 minutes in understanding an important attached office of DAC&FW

[Tidbits] Why is Directorate of Economics & Statistics (DES) so important?

UPSC is notorious for asking about such initiatives like AMIS & associated partners (G20).

Do we really have to go into such great details? Not really. Don’t overburden yourself. Infact just read it once and pray to god that you retain the name. UPSC asks such tidbits type questions in PRELIMS. It keeps an eye on some important department/ directorate and frames a very easy question (provided you know basic info!)

That’s all for the second lesson. We move onto next in a few days only if I know that this helped you in some practical way. And the best way to show that is by commenting and sharing this blog post 🙂

References: Apart from extensive research around news articles, the mainstay of this series is the annual report of the Ministry of Agriculture to the GOI –Click to download a copy

All articles in this series are listed here – First timers to IAS Prep? Prepare Indian Agriculture for GS Mains with me!