We usually find 3-4 questions in UPSC main examination from World History and hence this section holds its important.

Here the introduction should talk about Age of Enlightenment which gave rise to many modern ideas like liberty, secularism, separation of powers, equality, scientific temper etc.

Further, in the main body, the impact of age of enlightenment on the American Revolution should be mentioned which was paved by ideological background, with the rise of many founding fathers of American Revolution like Benjamin Franklin, G. Washington etc.

However, there were also other reasons for revolution. Despotic rule of UK like Navigation Act, Stamp Act, Anglo-French Rivalry, no Americans in British Parliament, Intolerable Act of 1775 etc.

Hence, the conclusion should summarise by saying that the age of Enlightenment had major role to play in American Revolution. 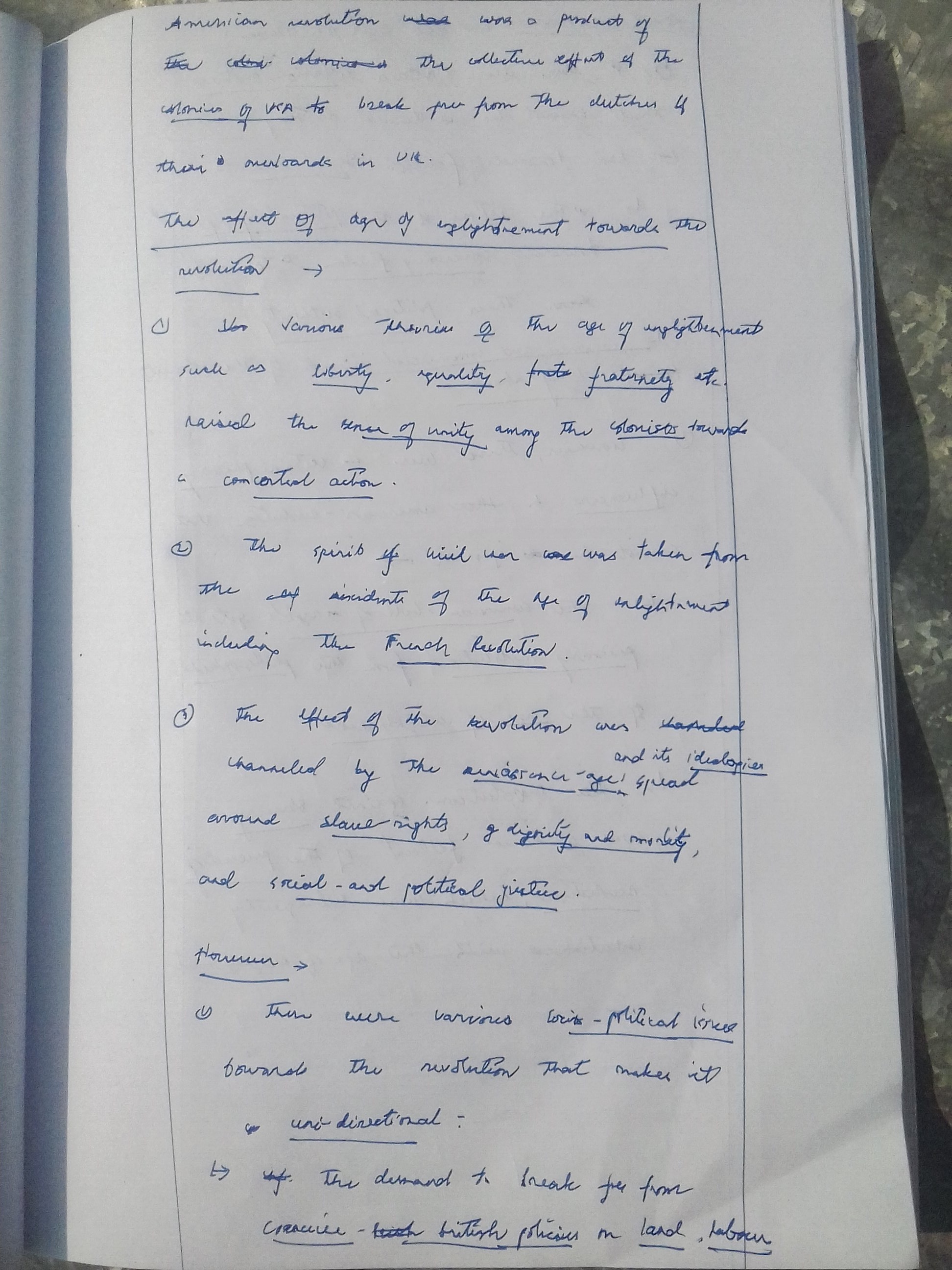 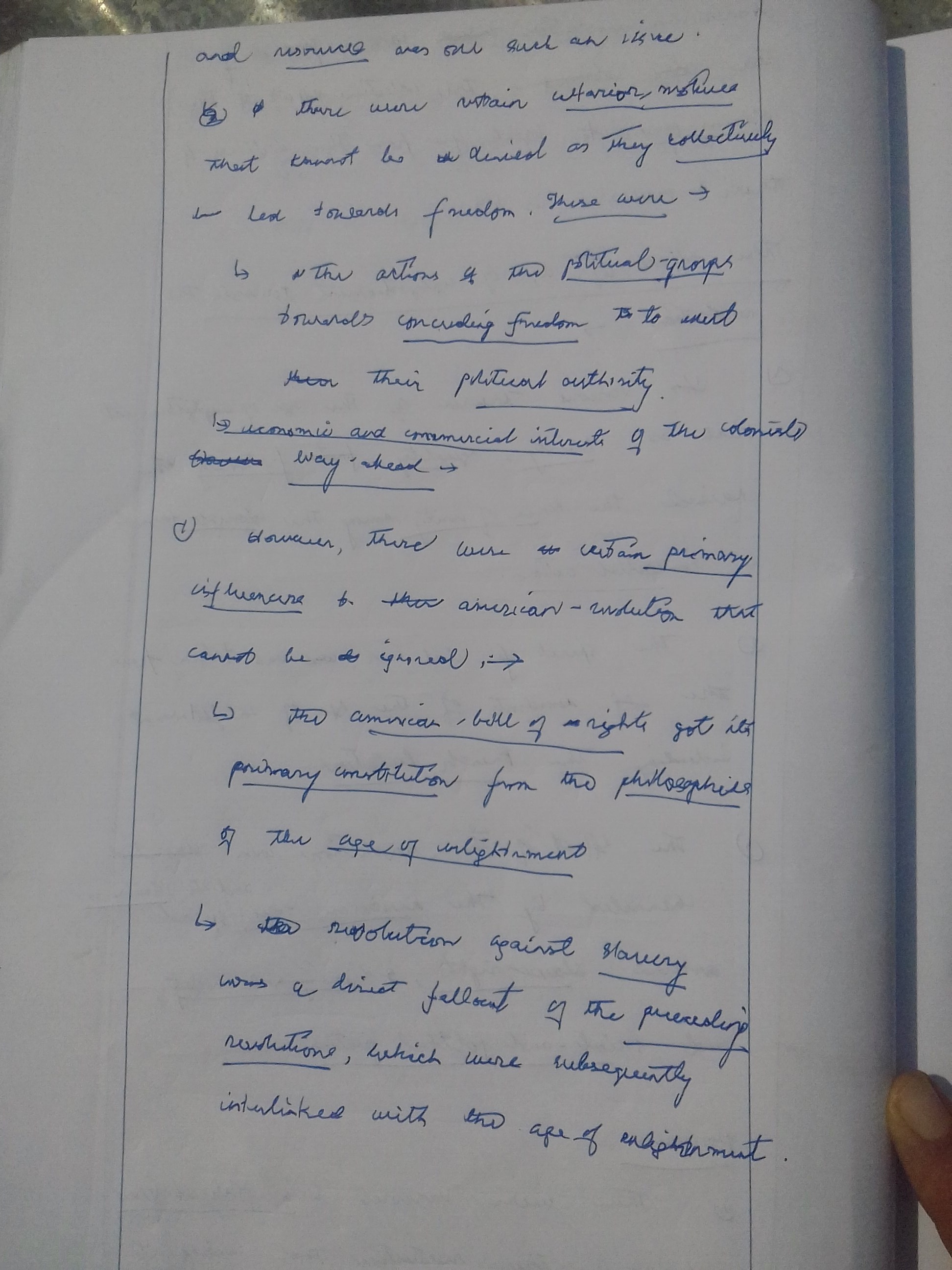