The bill has been in news since it is considered a revolutionary step towards maternity leave provisions in India. So, a probable question may be asked on this. 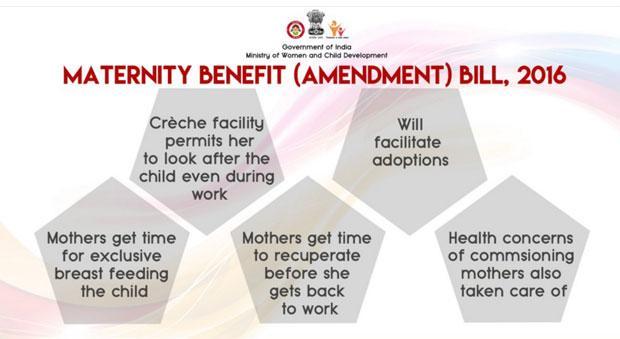 Main features of the bill

Benefits of the bill

Criticism of the bill

Status in other countries of world

Q.1) Discuss the salient features of the Maternity Benefit (Amendment) Bill, 2016? It is considered that the bill will provide women with much needed work life balance. Critically analyse. (200 Words)

Q.2) Critically comment on the recent changes made to the Maternity Benefit (Amendment) Act (MBA), 2017.

Q.3) Though the bill is a step in right direction, it still falls short of addressing various issues related to pregnancy and maternity. Examine in light of the Maternity Benefit (Amendment) Bill, 2016 passed by parliament.