Q1. With reference to the culture of India, what is ‘Therukoothu’?

Q2. Which of the following is the pair of chief nutrients that enrich a water body leading to eutrophication?

1. National Biodiversity Authority has been constituted under the Environment (Protection) Act, 1986.
2. It is a statutory body headquartered in Delhi.

Q4. The early phase of Indian Freedom Struggle was marked by a ‘moderate’ approach. Who among the following were considered ‘moderates’?

Q5. The provisions contained in the Fourth Schedule to the Constitution of India relate to 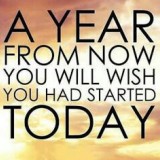 Everyone knows the destination. Only few follow the path that leads to it!