Money as a medium of exchange was not used in the early history of mankind. Exchange of the goods was not very frequent as households were self-sufficient. Whatever exchange took place between the households was in the form of barter, that is, exchange of goods for other goods.

The barter system does not provide for the direct purchase of goods since there was no common unit of account and medium of exchange (Money).

Note for Students: Example, if a person grows only wheat and after his self-consumption, he wants to exchange it for apple. He can do so only if the other person having apples wants wheat. If that is not the case, no exchange will take place. This problem is called double coincidence of wants.

Moreover, if they both agree to trade an apple for wheat, then the next problem is how to determine how much apple is worth one kg of wheat and vice versa. Both the individuals will argue for more of another person commodity in return of his. Therefore, exchange of goods will be limited and most of the time will not take place at all.

Difficulties under Barter System of Trade 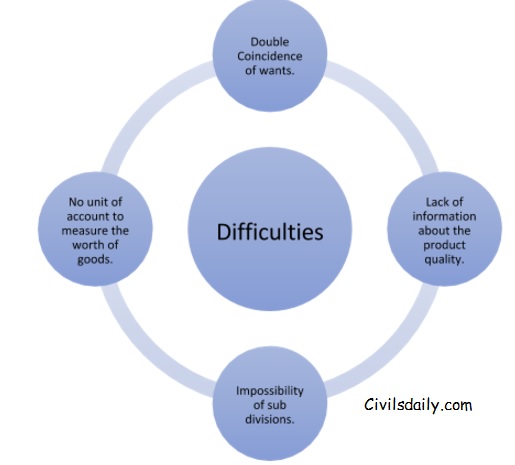 To overcome the problems of Barter trade, early humans started devising a system of payments and exchange that allows direct purchase of goods using any instrument that has following features:

Money and its Functions

“Anything which is widely accepted in payment of goods or in the discharge of other kind of payment obligations”.

“Money can be defined as anything that is generally acceptable as a medium of exchange and at the same time act as a measure and a store of value”.

Economist has simply defined money as “Money is what Money does”. That is money is anything which performs the function of money.

The four main functions of money are; 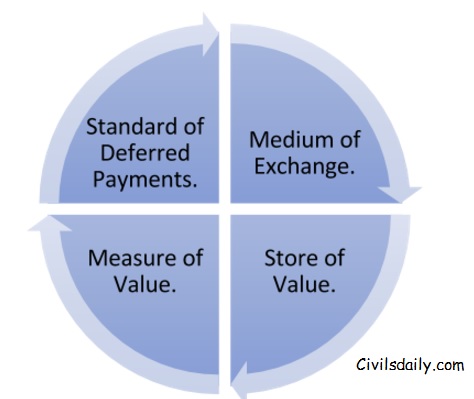 Importance and Significance of Money 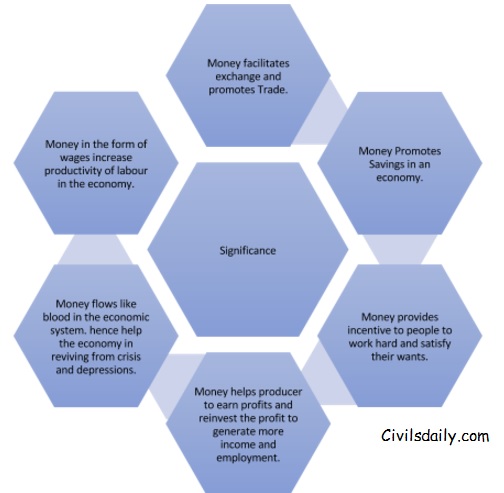