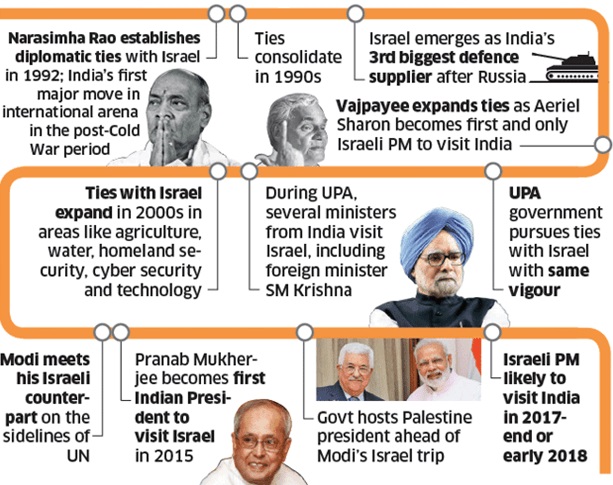 A recent speech by the PM Modi has marked three decades since New Delhi established formal diplomatic ties with Tel Aviv on January 29, 1992, when P.V. Narasimha Rao was the Prime Minister.

(I) Recognition of Israel

Collaborations between India and Israel

Indo-Abrahamic Accord: A new QUAD