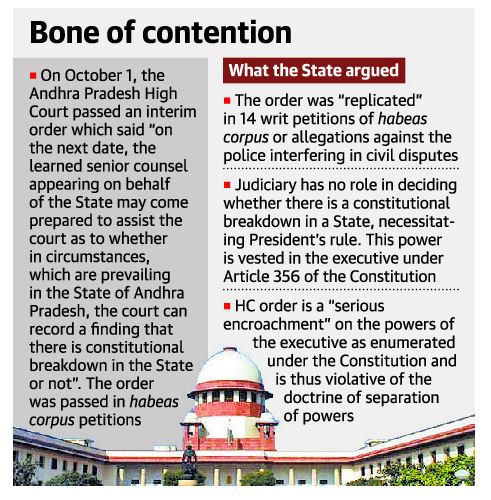 The Supreme Court has stayed an Andhra Pradesh High Court order intending to embark on a judicial enquiry into whether there is a constitutional breakdown in the State machinery, requiring a declaration of President’s rule.

A backfire from the AP High Court

What did the Supreme Court say?

Citations for the President’s Rule in a State

How did the AP govt respond?

How it is imposed?

How long President’s Rule can last