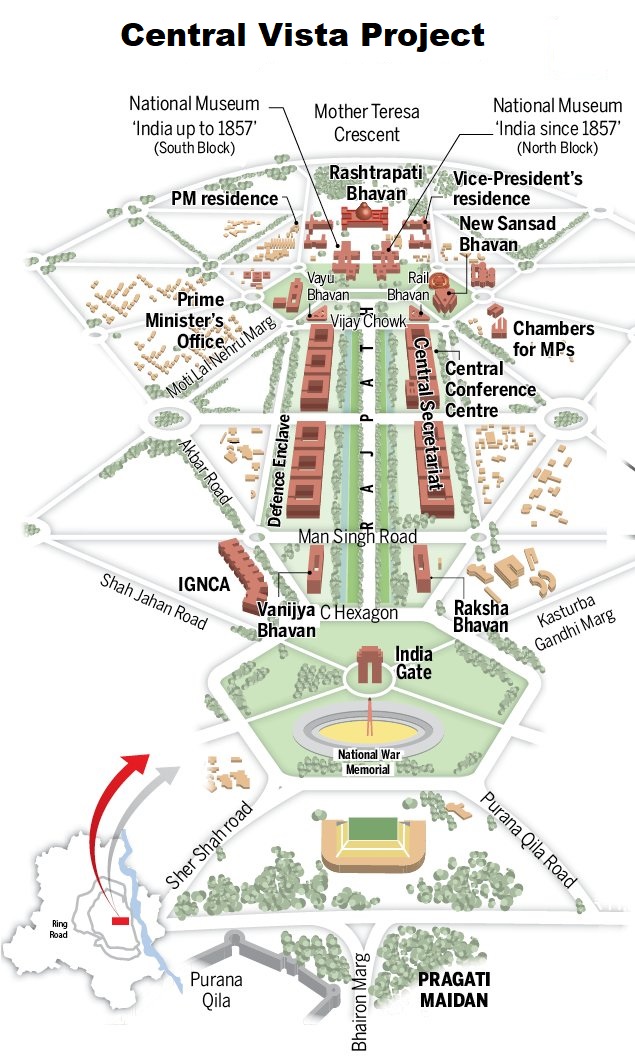 The Central Vista Avenue is set to open in the next few days after remaining closed to the public since February 2021 for redevelopment.

This project has three main parts:

Why need this Project?

The most significant aspect of the project is the construction of a new parliament building.  There are several reasons for needing a new building.

Due to these reasons, a pressing need was felt to construct a new parliament building.