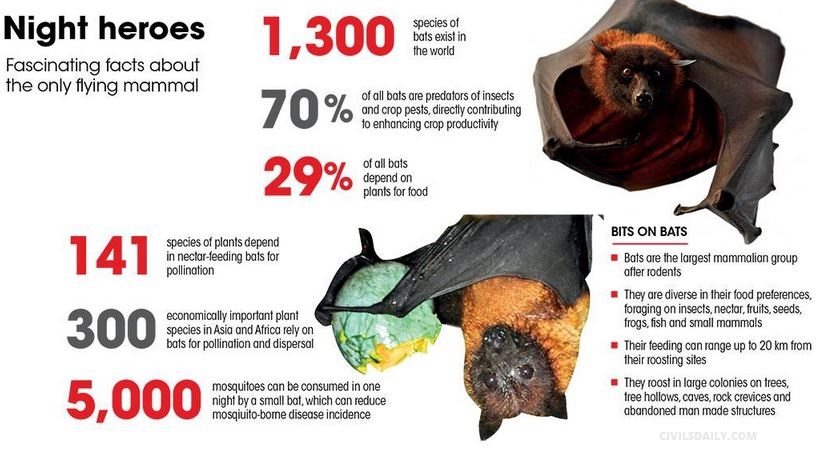 The COVID pandemic has magnified our fear of bats, but their conservation is crucial to prevent such events from arising again.

The phenomenon of hibernation can be observed in which of the above kinds of animals?

(d) Hibernation cannot be observed in any of the above