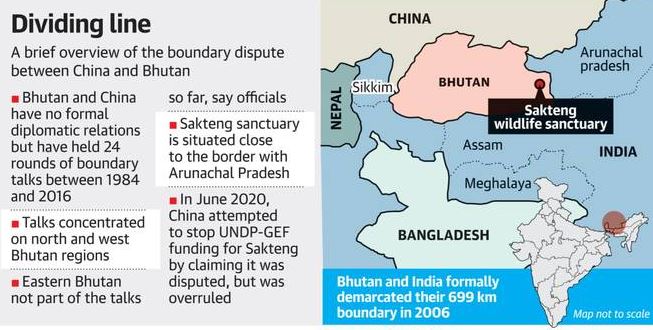 In a step towards resolving their boundary disputes, Bhutan and China signed an agreement on a three-Step roadmap to help speed up talks to “break the deadlock” in negotiations.

Bhutan shares an over 400-km-long border with China.

What is the recent agreement?

The boundary issue between China and Bhutan is special because it not only relates to Bhutan but also has become a negative factor for China-India ties.

(b) Sakteng: the hotspot