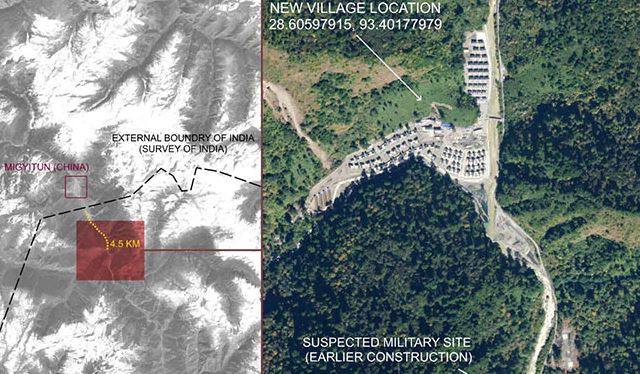 Satellite images show that China has constructed a new village in Arunachal Pradesh, around 4.5 kilometres inside of the de facto border on the Indian side.

Indian and Chinese soldiers have confronted each other in their deadliest clash in decades in Ladakh last year and the earlier one in Doklam. Now another front has been opened up by China in Arunachal.

This year could face another ugliest standoffs and skirmishes.

Location of the village

Background of the story