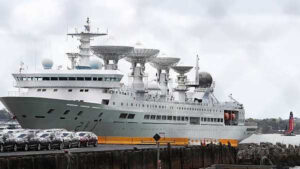 Much recently, Sri Lanka approved the arrival of a Chinese satellite-tracking vessel to its southern Chinese-funded Hambantota port.

How have other countries reacted?

How did China respond?

What is Sri Lanka’s stand?