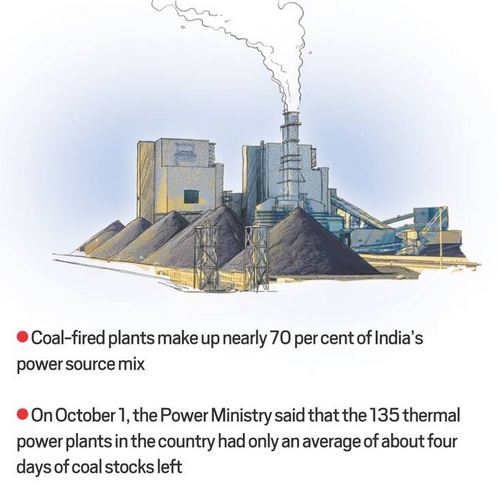 More than half of the country’s 135 coal-fired power plants are running on fumes – as coal stocks run critically low.  They have fuel stocks of less than four days, government data shows.

How did the crisis escalate?

What is the likely impact?

Other reasons for this crisis

What can the government do?