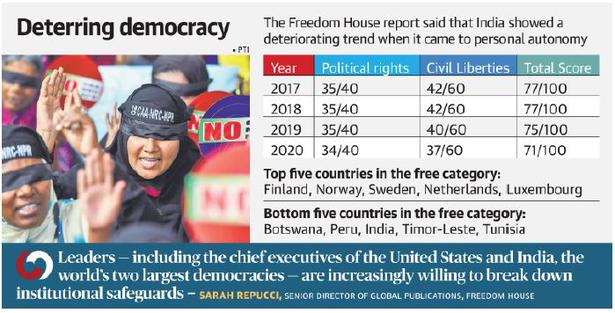 India has become one of the world’s least free democracies, according to a global survey.

Freedom in the World Report 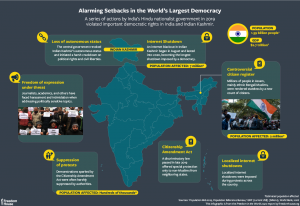 Reason for the downfall