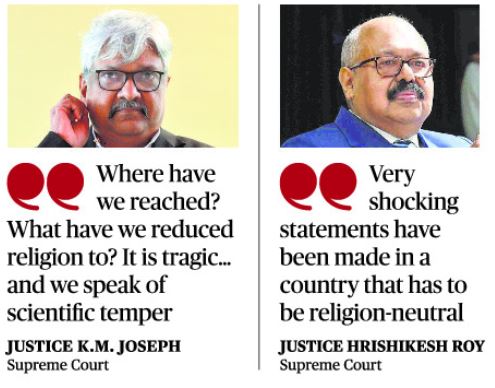 The Supreme Court has expressed concern over growing incidents of hate speeches in the country and directed the governments and police authorities to take suo motu action in such cases without waiting for lodging of formal complaints.

What is ‘Hate Speech’?

How is it treated in Indian law?