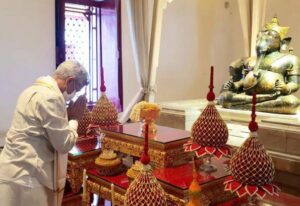 As part of his visit to Thailand for the ninth India-Thailand joint commission meeting, External Affairs Minister S. Jaishankar visited a temple in Bangkok.

What one mean by ‘Farther India’?

dont use again cult word its not good way to says