Prelims level : Election of the President

The presidential polls are expected to be held in July to decide on the successor of President Ram Nath Kovind, who will complete his term on July 24, 2022. 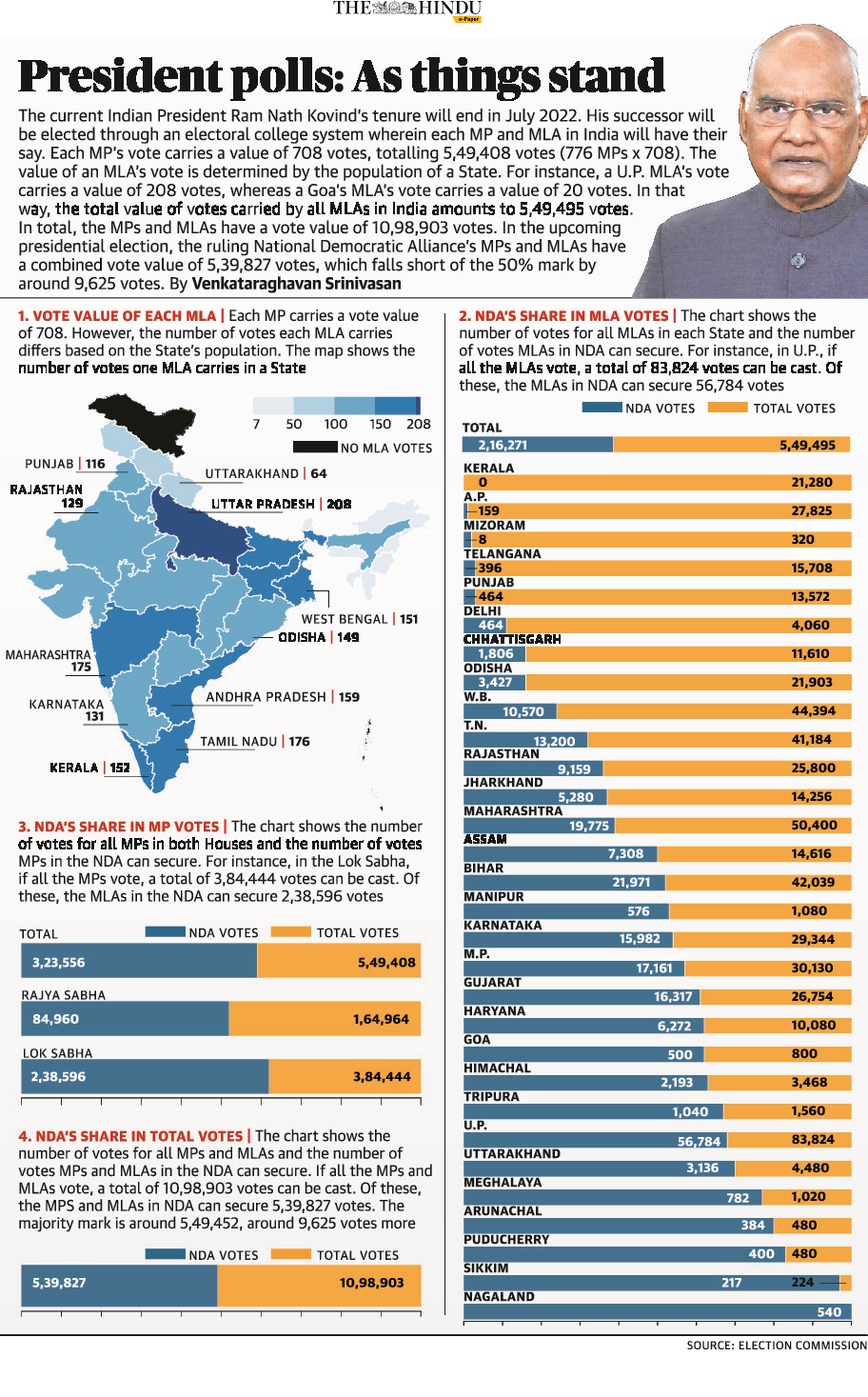 The President of India

Qualifications to become the President of India

The qualification of be the President of India are given below:

(1) Legislative Assemblies of the States:

Uniformity in the scale of representation of states

To maintain the proportionality between the values of the votes, the following formula is used:

Value of vote of an MLA= total no. of the population of the particular state/ number of elected MLAs of that state divided by 1000.

Why is President indirectly elected?

If Presidents were to be elected directly, it would become very complicated.