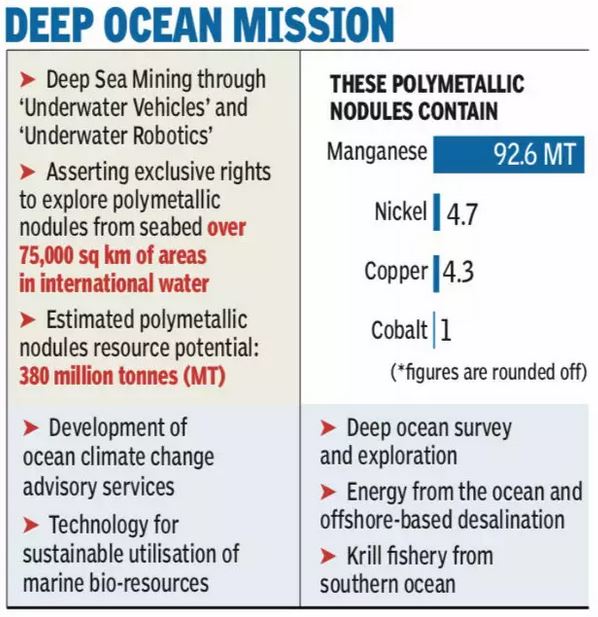 The Union Cabinet has approved the long-pending Deep Ocean Mission since 2018.

(1) Development of Technologies for Deep Sea Mining, and Manned Submersible:

(3) Technological innovations for exploration and conservation of deep-sea biodiversity:

(5) Energy and freshwater from the Ocean:

Why need such a mission?

Pre-requisites to this mission