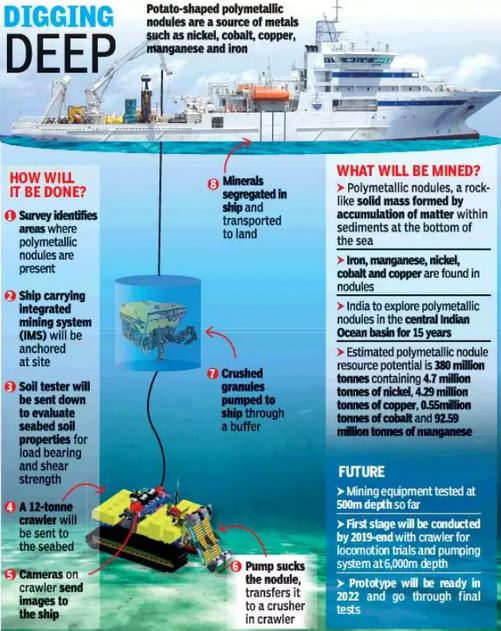 India will soon launch an ambitious ‘Deep Ocean Mission’ that envisages exploration of minerals, energy and marine diversity of the underwater world, a vast part of which still remains unexplored.

Where will the team mine?

Which are the other countries that are in the race to mine the deep sea?

What will be the environmental impact?