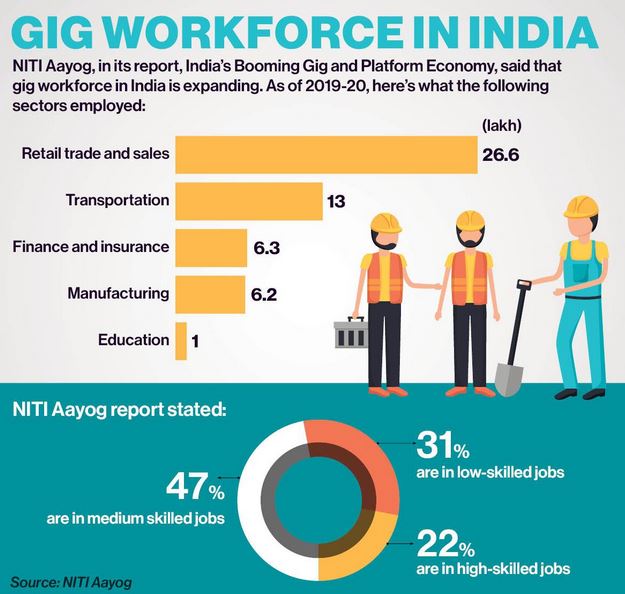 According to a study released by NITI Aayog, the number of gig workers in India is estimated to be 77 lakh in 2020-21. Isn’t it too low to imagine? Seems like there is huge under-reporting.

What is the Gig Economy?

Where does gig culture exist in Indian Economy?

Why is Gig Economy preferred by workers?

Why is Gig Economy preferred by Employers?

Recommendations made by NITI Aayog